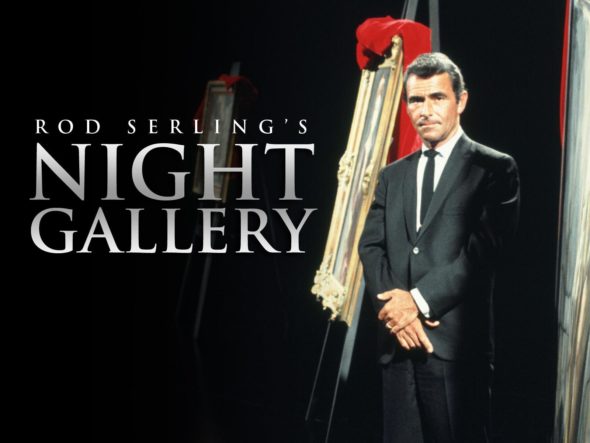 If you’re thirsting for a spooky, supernatural TV series, look no further than basic cable. Syfy is developing a Night Gallery TV show revival. The anthology series, also known as Rod Serling’s Night Gallery, first ran for three seasons on NBC between 1969 and 1973. As he did on The Twilight Zone, Serling hosted the show and contributed to the storylines.

The Night Gallery reboot comes to Syfy from Teen Wolf‘s Jeff Davis and David Janollari of Midnight, Texas. In the original Night Gallery, Serling introduced each episode from a gallery set, and the story of the week tied into a painting that represented elements of the plot.

Night Gallery has influenced top genre filmmakers including Oscar winner Guillermo del Toro, who called watching “The Doll“ episode of the anthology series he saw as a child the most scared he’s ever been.

Created by Davis, who reinvented Teen Wolf as a dark, supernatural genre series for the millennial generation, the Night Gallery reboot will update the series for the digital age. Featuring dark and twisted morality tales paired with Serling’s specific brand of irony, Night Gallery will explore and exploit every modern nightmare imaginable, mining our fears of the dangers of social media.

Davis will executive produce with Janollari via his David Janollari Entertainment. The project reunites the duo who launched together Davis’ Teen Wolf on MTV during Janollari’s tenure as the network’s head of programming. Universal TV, which has rights to Night Gallery, co-produces with corporate sibling UCP.

Serling’s The Twilight Zone is getting a reboot by CBS All Access with Joran Peele as host, narrator and executive producer.

What do you think? How do you like the sound of the Night Gallery TV series revival? Who would you choose to host the show? Let us know.

Awesome! Loved the Night Gallery can’t wait to see all the creepy paintings again. I hope they bring back the massive Satan make of fire painting. That used to scare the crap out of me when I was a kid. It will also be great to just watch it on a station and not have to buy yet another subscription.

David B Guerrero
Reply to  Lydia

There was a Serling vs Jack Laird thing going on. (Those HORRIBLE in a nad way ‘comic’ segments with vampires at blood banks and misquoting ravens etc etc really ruined people’s opinion of the show. But there are still real gems. The Boy Who Predicted Earthquakes. Little Girl Lost. The Doll. Clean Kills and Other Trophies. The Class of ‘99. And YES They’re Tearing Down Tim Riley’s Bar. So The Night Gallery had some brilliant episodes despite co-producer jack laird’s horrible weird “comic” bits. But reborn it can concentrate on the morality-tale and/or irony Serling side. I can hardly wait-… Read more »