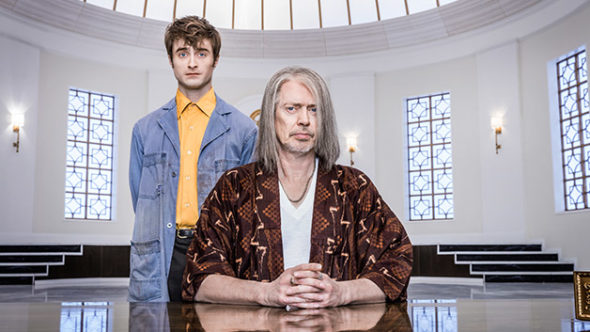 Can we get an amen? TBS has announced its new Miracle Workers TV show will premiere on Tuesday, February 12, 2019 at 10:30pm ET/PT. Based on What in God’s Name, by Simon Rich, the limited series spins a new yarn about heaven and how humanity’s pleas are answered. Watch a teaser, below.

Watch the promo and learn more about the Miracle Workers TV series from this TBS press release.

Based on Simon Rich’s book, What in God’s Name, this seven-episode limited series turns the perception of heaven on its head while also making the case that humans are worth saving.

Miracle Workers is created by Man Seeking Woman creator Simon Rich. It is executive produced by Lorne Michaels and Andrew Singer of Michaels’ Broadway Video, along with Rich, Radcliffe and Buscemi. Broadway Video produces the series in association with Turner’s Studio T.

What did you think of the promo? Do you plan to check out the first season of the Miracle Workers TV show on TBS?