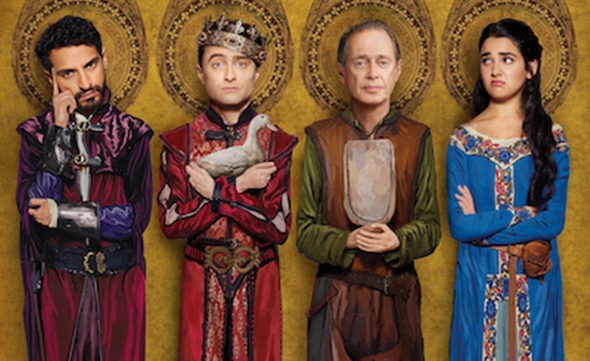 Miracle Workers is getting ready to go back in time, and fans are being given another look at what is coming up next on the series, which stars Daniel Radcliffe and Steve Buscemi. The pair will lead a journey to the Dark Ages.

TBS previewed the new season on Monday with the release of a new trailer on YouTube. Geraldine Viswanathan and Karan Soni are also returning for the new season.

Miracle Workers will return to TBS on January 28. Check out the trailer below.

What do you think? Will you watch the new season of Miracle Workers? Are you a fan of this series?