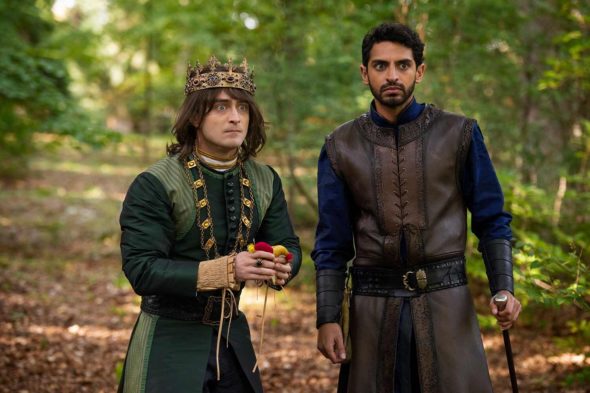 Last year, the Miracle Workers series did pretty well in the ratings for a TBS original. How will this offbeat comedy series perform in season two? Will Miracle Workers be cancelled or renewed for season three? Stay tuned.  *Status Update Below.

Created by humorist Simon Rich and executive produced by SNL’s Lorne Michaels, the second season of the Miracle Workers comedy anthology series stars Daniel Radcliffe, Steve Buscemi, Geraldine Viswanathan, Karan Soni, Jon Bass, and Lolly Adefope. Subtitled Dark Ages, season two is a medieval story about friendship, family and trying not to be murdered. It centers on a group of medieval villagers who are trying to stay positive in an age of extreme income inequality, poor healthcare, and widespread ignorance.

What do you think? Do you like the Miracle Workers TV series on TBS? Should it be cancelled or renewed for a third season?

*10/23/20 update: Miracle Workers has been renewed for a third season on TBS.

Funny, quirky, offbeat show. I hope there is a Season 3.

Great Season two! Give us more…

Great cast. Funny show. I look forward to each episode!!

Love this show. characters are well developed and relatable. Funny wit with new age ideas addressed in different erase is different. I Wish they would take the next step towards adult edgy humor. I’m ready for season 3 to push the envelope. There is a lot of opportunity with this show