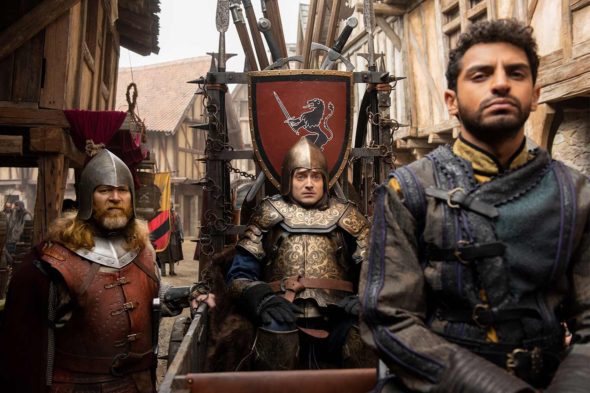 Is the Dark Ages funny in the second season of the Miracle Workers TV show on TBS? As we all know, the Nielsen ratings typically play a big role in determining whether a TV show like Miracle Workers is cancelled or renewed for season three. Unfortunately, most of us do not live in Nielsen households. Because many viewers feel frustration when their viewing habits and opinions aren’t considered, we invite you to rate all of the second season episodes of Miracle Workers here.  *Status Update Below.

A TBS comedy anthology series, Miracle Workers stars Daniel Radcliffe, Steve Buscemi, Geraldine Viswanathan, Karan Soni, Jon Bass, and Lolly Adefope. Subtitled Dark Ages, season two is a medieval story about friendship, family and trying not to be murdered. It centers on a group of medieval villagers who are trying to stay positive in an age of extreme income inequality, poor healthcare, and widespread ignorance.

What do you think? Which season two episodes of the Miracle Workers TV series do you rate as wonderful, terrible, or somewhere between? Do you think that Miracle Workers should be cancelled or renewed for a third season on TBS? Don’t forget to vote, and share your thoughts, below.

*10/23/20 update: Miracle Workers has been renewed for a third season on TBS.

This show better get renewed, it’s so good. I took it upon my sled to find out that it most likely takes place around 1364 A.D. (most likely afterward), in northern Iberia (modern day Spain) or Italy. That’s based off of information from episodes 1-9 as episode 10ismt out as of 3-24-20.

I absolutely love this show. All the actors are so wonderful!! I had to watch season 1 to get caught up. Love. Love. Love!

Absolutely loved season 1. It allowed our imagination to run free

1/28/20 show of Miracle Workers, Dark Ages is the first of the series I’ve seen. Would like to have seen season one. It’s amusing and sad.