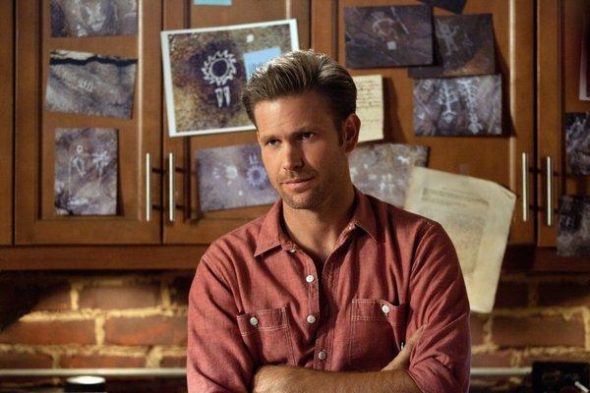 Matt Davis and Danielle Rose Russell aren’t leaving The CW just yet. Deadline reports the two will star in the network’s possible spin-off of The Originals.

As reported earlier, The CW is developing a spin-off to the supernatural drama, which begins its fifth and final season on April 20th at 9 p.m. ET/PT. The cast includes Joseph Morgan, Daniel Gillies, Phoebe Tonkin, Charles Michael Davis, Yusuf Gatewood, and Riley Voelkel.

According to Deadline, the Originals spin-off will center on a teenage Hope Mikaelson (Danielle Rose Russell) and star Matt Davis will reprise his role as Alaric Saltzman alongside newcomers Aria Shahghasemi, Quincy Fouse, Jenny Boyd, and Kaylee Bryant.

What do you think? Are you a fan of The Vampire Diaries/The Originals? Would you watch a spin-off?

The AMC show is totally fading out.I have lost all respect for the writers..The Orginals and Vampire Diaries wonderful shows…Please bring them back…

I would love to see a spinoff!

I will only watch if Daniel Gillies/Elijah and Joseph Morgan/Niklaus star in the spin-off – not interested in another teen drama. Give me my Originals!

Hated to see BOTH end!! LOVED THEM!! Would absolutely love a spinoff!!

The Originals has to one my favorite TV shows, I was very disappointed to see it end. I will probably watch a spin-off, and it remains to be seen if I would become an avid viewer. The characters from the Originals are going to be hard to beat.

I would die for a spin-off

I have been an avid fan of both The Vampire Diaries & The Originals which by the way I think could last many more years, we just got Freya & we’ve never gotten to see her work with a Bennet Witch. Aka (Bonnie or her cousin she met on TVD but we never saw again). Ohhh maybe Bonnie had a son or daughter that Hope could fall in love with? I just love the show & the Universe that Julie Plec & the show’s writers & producers created. I will definitely watch the Spinoff but I’m really hoping that we… Read more »

I’m a fan of The Originals, long left The Vampire Diaries. I don’t like that the Originals is ending for sure! And I love the current characters.

Yes I am a fan of both “The Vampire Diaries” and “The Originals”. I hated seeing the 1st one end and I’m hating that “The Originals” is ending. I will try to get into the next one but I hate the loss we feel when they end so I have some reservations. It would help if we could see the Mikaelson brothersnd sisters every now and then so we don’t feel that loss so much. Hopefully they won’t die off or if they do I sure hope it’s a great ending for them.

I love them shows hated to see them end

I have been a fan of the vampire Diaries and the Originals as well. You ended The vampire Diaries way too soon, as you are ending The Originals too soon as well. In The Vampire Diaries you should never have killed any of the main cast. I will definitely watch a spin off with a teenage Hope Mikaelson; but you better pick an actress who exudes the same sexiness that Phoebe Tonkin had. And in response to Kim Johnson’s post the CW’s superhero shows are awesome in their own right.

I think I’m really upset that we only got 5 years with my fav show why why would u cancelle the oringals it’s the best show on TV besides super natural stop taken the best shows off air we r left with crap PS can’t stand the super hero shows like arrow flash etc.. I want my vamps and wolfs