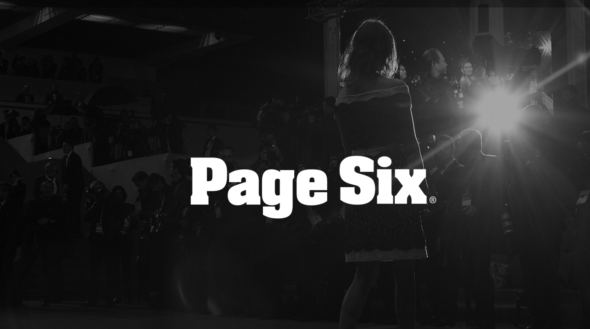 Page Six TV is coming to Hulu. Recently, it was announced the syndicated TV series will be broadcast on Hulu.

Based on the New York Post gossip column, the half-hour show explores “in-the-know gossip and news from entertainment, culture, the media, finance, real estate and politics.” The series originally debuted in September in more than 200 markets across the U.S.

Endemol Shine International has licensed “Page Six TV” to Hulu, where each daily 30-minute episode will be made available to stream on Hulu the day after its broadcast debut.

“Page Six TV” has been sold in more than 98% of the country for its first season by Twentieth Television and is broadcast daily on the Fox Television Stations (FTS) in 16 markets, including New York, Los Angeles and Chicago.

“We’re thrilled to be joining Hulu’s lineup, giving ‘Page Six TV’ viewers an opportunity to catch up on episodes they may have missed the day before on local broadcast stations,” says Endemol Shine North America CEO Cris Abrego. “‘Page Six TV’ has quickly asserted itself as must-see daily viewing for millions nationally and Hulu’s subscribers will now have the opportunity to enjoy all of the breaking news and fun that comes with each episode.”

Throughout the season, celebrities, comedians and newsmakers will join “Page Six TV” as Plus Ones. The special guests join the show’s regular insiders and offer their own insights on the day’s top stories. “Page Six TV” leverages the dynamic social media presence of Page Six and the New York Post to drive audience engagement. Viewers will have the opportunity to weigh in on topics with their own opinions across social media prior to broadcast.

And for the latest news on “Page Six TV” including where to watch in your local market, go to www.PageSixTV.com. And be sure to follow “Page Six TV” on Twitter @PageSixTV, “like” the official Facebook page and join the conversation using #PageSixTV.”

What do you think? Do you read Page Six? Will you watch the series on Hulu?