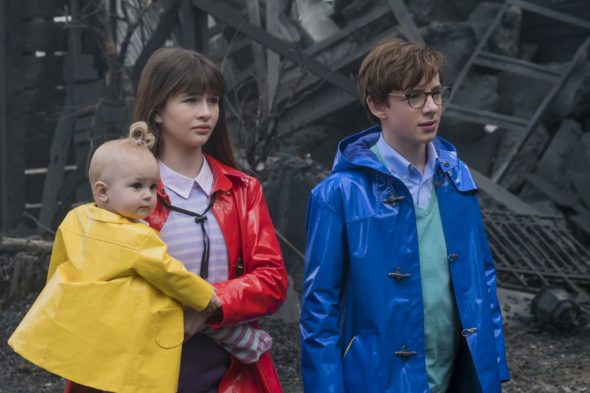 Some unfortunate news for A Series of Unfortunate Events. TVGuide reports season three will be the end for the Netflix TV show.

We’re three seasons all in. … We’ve intentionally been very truthful and factual and loyal to the books. We’ve added a few characters that aren’t in the books, we’ve added some songs that you probably couldn’t put into the books, but for the most part we’re sticking to the structure of what already worked.”

What do you think? Are you a fan of A Series of Unfortunate Events? Do you agree three seasons is a good time to end the show?

Love this series. I saw the original Jim Carey movie with my son when he was a kid and enjoyed it a lot. The series captures the essence of the books and I will sadly look forward to see season 3.