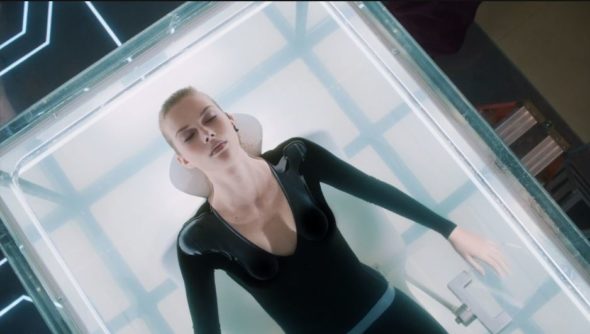 Freeform is sticking with Stitchers. Today, the network announced they’ve ordered a third season of the sci-fi series.

The drama stars Emma Ishta as a computer science grad student who is recruited into a covert government agency to be “stitched” into the minds of the recently deceased. The cast also includes Kyle Harris, Ritesh Rajan, Salli Richardson-Whitfield, and Allison Scagliotti.

Season two of Stitchers ended this past May and received fairly low ratings, earning an average of .15 in the 18-49 demo and only 387,000 viewers. Nevertheless, Freeform has renewed the series due to its “passionate fanbase.”

Freeform has renewed the fan favorite drama series “Stitchers” for a third season, Karey Burke, executive vice president, Programming and Development, Freeform, announced today. “’Stitchers’’ passionate fanbase has been vocal about wanting to see more of this show, and we listened,” said Burke. “’Stitchers’ has proven itself a consistently strong performer, and we’re proud of the fact that it celebrates #smartgirls everywhere.”

Highly intelligent and persistent, Kirsten Clark has an aptitude for technology but never expected that she’d be hacking into the minds of the recently deceased. Recruited into a covert government agency to be ‘stitched’ into the memories of the dead, Kirsten and the Stitchers team investigate murders and decipher mysteries that otherwise would have gone to the grave. Working alongside Kirsten is Cameron, a brilliant neuroscientist whose passion for the program is evident in his work, and Linus, an earnest engineer and communications technician. The secret agency is headed by Maggie, a skilled veteran of covert operations who closely guards the deeper purpose of the Stitchers program. Kirsten’s roommate, Camille, a gifted computer science grad student, is also recruited to use her skills to assist Kirsten in her role as a “stitcher,” as well as LAPD Detective Fisher, who provides back-up and support for the team.

What do you think? Are you a fan of Stitchers? Are you glad it’s been renewed?

I’m glad it hasn’t been cancelled. The problem is the network doesn’t push it. I didn’t know there was a break. I thought it was cancelled mid-season. Thanks to this site I now know the date it is returning.

I’m so glad it’s being renewed. I hate it when a series leaves you gang looking for an ending

I Love this show and I’m 51 years old so gold it’s coming back.

I love this show! Please don’t cancel. I’m a 46 year old female and just got my 20 year old daughter interested. It has a good story line and character development that I’m intrigued to find out more.

I’m thrilled to learn that the series was reinstated!

Love this show! I’m so excited to hear it is returning.

So happy about another season. I really like this show and have missed seeing it.

I noticed that this show targets an audience younger than I (I am 61); however, as soon as I started watching, catching up on the series’ first two seasons, I was hooked, binge watching two whole seasons in a matter of days! The show reminds me of another one of my favorite shows–Bones. Stitches has my favorite elements: crime drama, romance, comedy, and intelligent dialogue. I am looking forward to season 3!

Great series with well developed characters you care about and a story line that is kept fresh an exciting every episode.

I love this show! There’s nothing like it on TV it’s truly original. Unlike all the other networks that are turning popular movies into TV shows I won’t even give them a chance because it just seems desperate to me and seems like there’s no creativity out there and they seriously have to turn movies into shows now? Didn’t turn out so well for Rush Hour the show.. keep up the good work with the originality this really could happen in the future! Huge Fan!