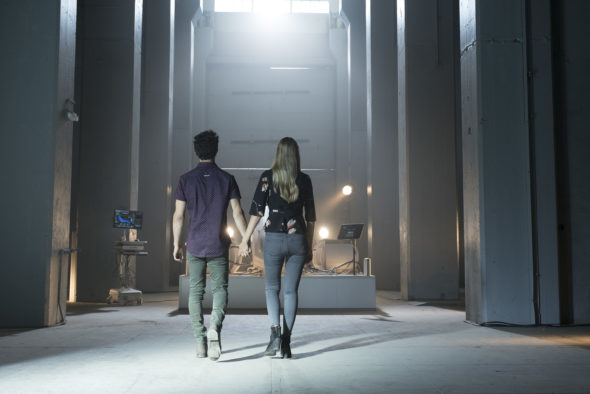 To Disney-ABC, it seems ending is better than mending. Freeform has cancelled its Stitchers TV show after three seasons. Since there will be no fourth season, Stitchers, episode 3.10, “Maternis,” will serve as both the season three finale and the TV series finale.

A sci-fi crime drama, Stitchers centers on Kirsten Clark (Ishta), a Caltech grad student who is recruited into a covert government agency to be “stitched” into the minds of the recently deceased. Using memories of the dead, Kirsten is able to help investigate murders and decipher mysteries that otherwise would have gone to the grave.

Stitchers: A Look at the Ratings

The third season of Stitchers  averaged a 0.13 rating in the 18-49 demographic and 365,000 viewers. Compared to the already low-rated season two, it was down by 14% and down by 6%, respectively. Among the 10 Freeform TV shows we’re tracking, the third season of Stitchers ranked seventh in terms of total audience size, and dead last, where its demo ratings are concerned.

Deadline has confirmed that Stitchers has been cancelled after three seasons on Freeform.

What do you think? Were you a Stitchers fan? Should it have been cancelled or renewed for season four? Sound off in the comments.

We have been watching Stitchers & enjoying it until the lesbian storyline was introduced. Why was this necessary? We’re out.

Stichers should have a 4th season! They left it too open for a 4th season and have left me and my friends wondering what really happened and how it would or should really end!

I’m 68 years old and I thought it was brilliant