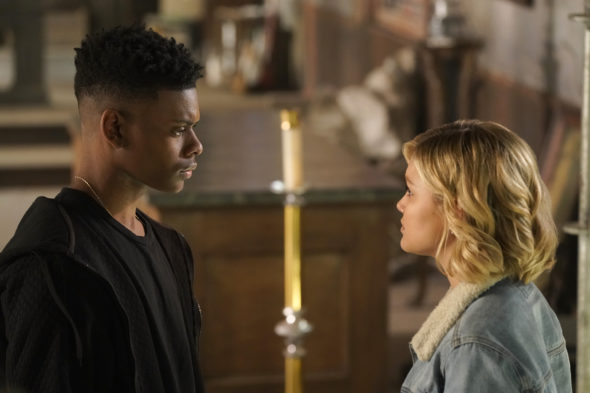 Sorry, comics fans, another Marvel TV show has been cancelled. Freeform has decided not to make a third season of Marvel’s Cloak & Dagger.

According to Deadline, the options for the cast expired this week. “We are so proud of Marvel’s Cloak & Dagger and the trailblazing stories this series told,” Freeform said in a statement. “We are also grateful to our incredible talent Oliva Holt and Aubrey Joseph for bringing these beloved characters to life, and showrunner Joe Pokaski for his vision. We’d like to thank our partners at Marvel Television for a wonderful two seasons and are we are hopeful that we can find another project together.”

Members of the cast responded to the cancellation news:

What do you think? Did you like watching Marvel’s Cloak & Dagger on Freeform? Should it have been renewed for a third season?

I LOVED this show! It was a good adaptation and I was hoping to see where the story was heading after the season finale. It’s the only reason I watch that lame channel.

I myself love marvel and the show’s are amazing just like the Cloak and Dagger. I just learned about this show because it was on hulu. A lot of people now dont have cable because there is no need when we have Netflix and hulu so I feel like if this was a Netflix original or a hulu original like marvel’s Runaways maybe this show would have had many more ratings. Honestly even when I had cable I hardly ever watched free form. I feel like if this show was on a channel or program with more eyes (preferably the… Read more »

Myself and my daughter love this show.. we didn’t even know the 2nd season had come out.. so seems to me that might explain why ratings went down

I liked the comic book and was excited to see the show. The show dragged, so not surprised it’s cancelled.

thank god, this was a terrible show, i knew after the first 4 episodes of season 1,that it wouldn’t / couldn’t last more than a season or two, bad writing / casting / story-lines, NO chemistry between the lead actors, as bad as “the runaways”… lazy productions, …of course this could just mean that these shows and the “cancelled” netflix marvel shows show up on disney+ at a later date,HOPEFULLY with different casts and writers.

but not at all sad to see this go…good riddance.

Absolutely loved this show. My husband & I watch all of Marvel & very disappointed this hasvbeen cancelled.

It is not quite done yet. On HULU, the Runnaways filmed a crossover episode with the Cloak & Dagger team of Oliva Holt and Aubrey Joesph. So one of their “stops” for that third season that will never be has already been filmed and they will be on Hulu one last time, just not Freeform.

This cancellation I REALLY DON”T LIKE. C&D was a very good show. I even liked the change in the origin story. The characters were compelling. SHAME ON FREEFORM!

No, I will not miss it’s passing at all.