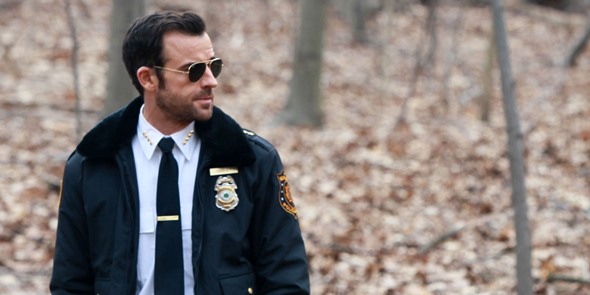 YES PLEASE! KEEP IT GOING. BEST SHOW SINCE GOT! AS LONG AS YOU KEEP JUSTIN!

Obviously HBO has a hit here and another brilliant collaborative home run for Damon Lindelof – a beautiful artful series of epic debatable perspective as evident even here in the comments! Even those who claim to “hate it” are watching and taking the time to comment! Renew and I renew my subscription to HBO And enjoy acting, writing, direction, production, music, tv and human emotion at its best (or worst as it were) 🙂

This show is absolutely amazing to watch and re-watch. I can’t get enough. It is the first show I have ever been so enthralled with that I actually read theories and discuss theories online, daily. It is definitely a show that makes you think. I will watch episodes 2-3 times just to make sure I didn’t miss anything. I love it, so yes, I would absolutely watch 5 season.

This is the worst series I’ve ever seen HBO put forward. I’ve watched every episode from the very first show in the first season. I keep hoping it will get better and it only gets more ridiculous. Nothing makes sense, nothing is explained, nothing is tied together. I can’t even tell what the story is, I have no idea. There is no way I’ll watch 5 seasons of this, I’m not sure I’ll finish this season. I can’t swear I’ll watch the next episode. It’s the story and not the actors, there is no story. It’s like a plate full… Read more »

Lol. Why watch it then? You’re obviously not a quick thinker because you pointed out one of the biggest things that has been somewhat answered. Holy Wayne knew he was going to die and he wanted to pass on his gift to however many he could. Tommy being one of them, Lily also being one of them (notice that Jill is the only one that is happy and she’s always holding the baby?). It’s not good to those who don’t like to think while watching a show. I could and do watch mindless stuff like The Walking Dead but a… Read more »

Derek, I do ask myself why I watch, every week I ask myself that. My wife and I decided that we’re done with it, I predict the show gets canceled. I saw somewhere (the link that brought me here perhaps) where the show, just this season, has lost 61% of it’s viewers. Obviously there are other “slow thinkers” like my wife & I (both who hold advanced degrees) that don’t care for the show either. Perhaps you work for the show & don’t wish to be in the unemployment line? I don’t know or care really but the show is… Read more »

If you were in this world would you know all the answers? Do you have all the answers to our world? This show feasts on the unexplained being unexplainable. I think you are getting hung up on the wrong things. People of faith being mentally ill? Get over yourself. This show requires you to draw your own conclusions and not have it spoon fed to you.

Yeah, that reply pretty much says what I already knew. The show is a mess, makes zero sense & no one including you & Derek know what the hell is going on. As far as people of faith suffering from mental illness goes, I’ve long thought that & came to that conclusion on my own, many scientist are now coming to the same conclusion I did long ago but it’s not a new idea. Sigmund Freud said, “The religions of mankind must be classed among the mass-delusions of this kind. No one, needless to say, who shares a delusion ever… Read more »

@Tom: You have no idea what this is about and did you know that series like this have an audience type rating of the types of people that will engage in this and “get it”? I am not being nasty on any way, just saying that this series attracts a certain audience only. And we have millions out here that love this series and want MORE!! The music is amazing and so many have learned so much about the Composer! The Writers and the Directors are incredible! And the Actors are Fantastic! I have never seen such performances like these,… Read more »

You’re correct, I have no idea what this show is about and neither does the 61% of regular viewers that already quit watching this season, that’s likely why they quit watching. Since you apparently are in that special targeted group you mentioned & your skills of perception are so superior as compared to the rest of us that gave up on the show, please explain it to us. I typically don’t watch a television series because of the music either, very silly. Anyway, like it all you want…you say millions love it but it seems millions more hate it otherwise… Read more »

I would definitely watch 5 seasons and more……………
The show is just fantastic! It leaves you constantly searching for answers and putting clues together. So cleverly written and fantastic acting.

The Leftovers is utterly incredible..from the soundtrack to the writing it is just amazing…Easily one of my most if not favorite shows EVER ..and i watch a lot of shows. From beginning to end of each episode i am just left mesmerized…the raw emotion it portrays and stirs up within you week after week, is unlike any show i have ever seen before. And the emotions stay with you long after the episode has finished. I can’t say enought about how much i love this show. i can’t wait each week for the next episode to air. I will watch… Read more »

I would watch for 10 seasons if it went that long. This is by far my favorite series. There is nothing like it on tv. Every episode touches my heart & leaves me wanting to see the next episode to find out whats next. I like how it huminizes the characters, how u can see a little of your own struggles through theirs, maybe not to the magnitude in which they are experiencing but still. I love the show and cant waitto see whats next.

I would love a fifth season and more

My husband and I LOVE the series! We look forward to Sunday nights, excited to see what will cause our jaws to drop to the floor once again! We’re also giant Lindelof fans; LOST is an all-time favorite of ours in kind of an unnatural way.

I am totally addicted to the Leftovers! Will watch as long and HBO has it on!!!!!

I love every moment of the show!

We e in love with The Leftovers! The characters are so well written and they are realistic in their responses to the tragic circumstances following the departure. We love that they don’t shy away from the frustration, stress & agony that is felt in real life. The portrayal of Matt Jamison as a caretaker of his wife hits home with our family as we have 3 special needs children. The struggle to find the money to pay help, to find the energy and patience at the end of long days and the desperation to find medical answers are all thoughtfully… Read more »

This show “masterpiece” is the MOST Amazing creation I have experienced! If this show was cancelled my entire faith in HBO would be destroyed! HBO is always on the forefront of innovative entertainment! The majority of my tv viewing is within the HBO network! If this show was to go…… Well I would have to as well. Sometimes on the start of big…. Time is required for word to expand within the more “mature” viewer audience! The viewer looking for stimulation of the imaginative variety! Lazy entertainment is fine for the masses, but is this not why we have HBO!… Read more »

The Leftovers is so hypnotic, I literally watch and forget to breathe. I want to collaborate on this show! I want to weave unfathomable misery between the characters, then delicately form their bonds like a paper snowflake torn to so many shreds by the razor-sharp insanity of these people that are #TheLeftovers. So yes, I will watch. But I’d rather write it! #damonlindelof