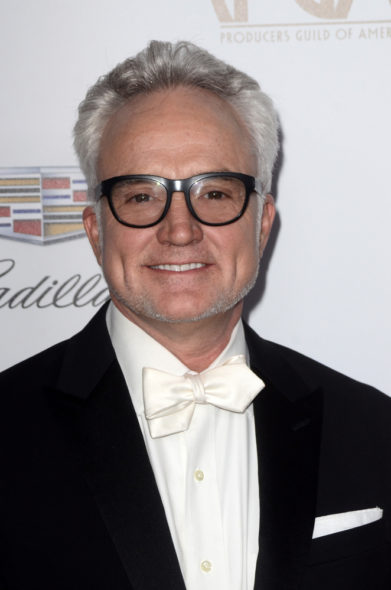 From creator and showrunner Matthew Carnahan who will also direct, and is producing with Arianna Huffington, Valley of the Boom is a six-part limited series. Unfolding in Silicon Valley, the series explores the dotcom boom of the 1990s. Learn more from this National Geographic press release.

Emmy Award Winner BRADLEY WHITFORD (“Get Out,” “The Post,” “The West Wing”), STEVE ZAHN (“War of the Planet of the Apes,” ABC’s “The Crossing”) and LAMORNE MORRIS (“Game Night,” “New Girl”) TO STAR IN NATIONAL GEOGRAPHIC’S VALLEY OF THE BOOM, SIX-PART LIMITED SERIES SET IN ’90S TECH BUBBLE FROM STXtv

Valley of the Boom Begins Filming March 26 in Vancouver

Silicon Valley spawned some of the world’s most influential people and recognizable brands during the 1990s tech bubble. Valley of the Boom pulls back the curtain and introduces the audience to the real stories of these founders’ friendships, rivalries, victories and failures. Told with unparalleled access to the most groundbreaking and prominent figures in the tech world, the six-part limited series will follow the stories that made the history of the era.

“Silicon Valley was and is a strange place; a Hollywood for geniuses,” said Carnahan. “The dotcom boom of the ’90s opened the floodgates for not just the amazing makers, but also Wall Street, mass media and a collection of fascinating charlatans. I’m thrilled to have Bradley, Steve, Lamorne and this stellar cast lined up, especially because all of them are disruptors in their own way, just like the real people they’re portraying.”

“Valley of the Boom tells the surprising, provocative and inspiring stories of Silicon Valley’s early pioneers,” said Carolyn Bernstein, executive vice president global scripted development and production for National Geographic. “Matthew and his team have figured out an organic and dynamic way to interweave interviews with real-life Silicon Valley icons to amplify and enhance the authenticity and unpredictability of this fascinating true story.”

“Matthew has written an original and riveting series with Valley of the Boom, in an incredibly unique format that is sure to keep audiences engaged and on the edge of their seats,” said Jada Miranda, EVP and head of scripted television at STXtv. “We’re honored to bring these powerful stories to screen with National Geographic, and could not have asked for a better cast to help introduce this unbelievable time in American history to audiences across the globe.”

The series will air in early 2019 on National Geographic in 172 countries and 43 languages. STX will distribute the series in China, continuing the company’s strategy to bridge the U.S. and Chinese markets.

Valley of the Boom is produced by STX Entertainment’s TV studio, STXtv, for National Geographic along with creator, showrunner, director and executive producer Carnahan (Showtime’s “House of Lies”) at the helm and executive producer Huffington (founder of The Huffington Post, founder and CEO of Thrive Global and the author of 15 books, including “Thrive” and “The Sleep Revolution”).

What do you think? How do you like the Valley of the Boom TV series’ cast? Do you plan to check out season one when it drops to NatGeo? Tell us.