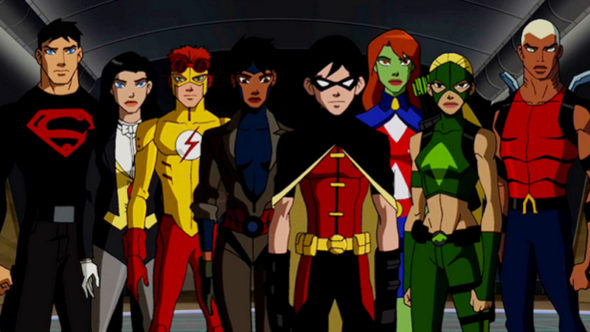 The team is staying together. DC Universe has renewed the Young Justice TV show for a fourth season on the streaming service. The announcement was made at Comic-Con today by series creators Brandon Vietti and Greg Weisman. Production on the new episodes has already begun.

An animated series, Young Justice debuted in 2010 and ran for two seasons on Cartoon Network before being cancelled. The show was revived for DC Universe and season three launched in January of this year. The show revolves around a group of teenage superheroes who are members of a covert operations team that takes orders from the Justice League. The members include Nightwing, Aqualad, Kid Flash, Superboy, M’gann M’orzz, Artemis, Geo-Force, Cyborg, and Arrowette.

It’s official! #YoungJustice will be back for a 4th season on @TheDCUniverse !

Thanks to everyone who subscribed and supported us! Once again, we are back because of YOUR great efforts! Thank you!!!#DCSDCC #DCUNIVERSE #SDCC2019 pic.twitter.com/Zktyoy8ftl

What do you think? Have you been watching the Young Justice TV show? Will you check out the fourth season?

Yeeeeesssssssss waited so long for season 3 and now renewed for another one.