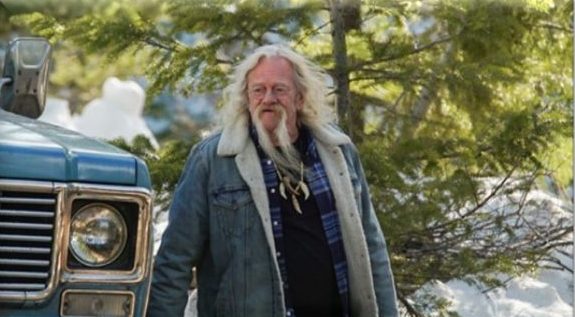 Alaskan Bush People recently lost one of their own, Billy Brown, and the Discovery Channel series plans to honor the man’s memory with a special tribute episode set to air on Sunday night.

Discovery Channel revealed more about the special in a press release.

“Discovery Channel will honor the legacy of Billy Brown, beloved father, grandfather, husband and star of ALASKAN BUSH PEOPLE who passed away suddenly earlier this month. The network will air a new special, The Legacy of Billy Brown on Sunday, February 28 at 8PM ET/PT to celebrate his remarkable life.

Through never-before seen footage and interviews, Billy speaks to the bush legacy he was driven to establish, fueled by faith and his deep adoration for his family. His love of the forest and everything that lives there ran deep in him and he enjoyed spending time side by side with wildlife. He was a trailblazer whose dreams, and sense of adventure will remain alive through his family. The Wolfpack will also honor the life of their dear patriarch and role model in the special through exclusive new and never-before seen interviews from Ami, Bear, Bam, Gabe, Noah, Bird and Rain.”

What do you think? Are you a fan of the Alaskan Bush People TV series on Discovery Channel? Do you plan to watch the Billy Brown tribute special?

I would if I could but I don’t get Discover anymore. If it was on PBS I would. I am sorry for his loved ones. I enjoyed the show.

I love this show. Very sad about Billy, RIP

I loved this show and I am looking forward to the special tribute to Billy Brown.