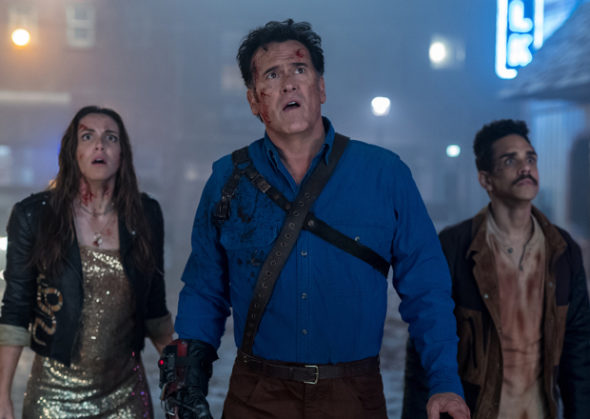 Ash vs Evil Dead ended after three seasons on Starz, but one star of the cable series feels the series would have stayed on the air longer if it had been on a streaming service, like Hulu or Netflix.

Ray Santiago said the following about Ash vs Evil Dead, per ComicBook.com:

“I loved the home that we had on Starz, but it was so limited in its viewership. We could have had a bigger audience were we on a platform like Hulu or Amazon or Netflix, but because we were on this cable subscription, it really limited the audience. Because as the show got on to Netflix, we started to see that people were still watching seasons one through three and were really into it. It was sad because we had this greatness and it didn’t get the praise that it should have gotten. And, personally, I was really looking forward to seeing where things were gonna go with the show. Just because we had set up so many relationships, it was just all there to play with.”

The Starz series ended in 2018, but there is always a chance it could return.

What do you think? Would you have wanted a fourth season of Ash vs Evil Dead? Do you think the series would have lasted longer on another channel or service?

I feel like it should come back and keep going

I would love for the series to return, it was over the top but Bruce and his team were fantastic.

I was disappointed when it was canceled. AvED was so over the top, but that’s what made it so bloody good (pun intended). I liked everyone in the cast, especially tv legends Lawless and Majors.