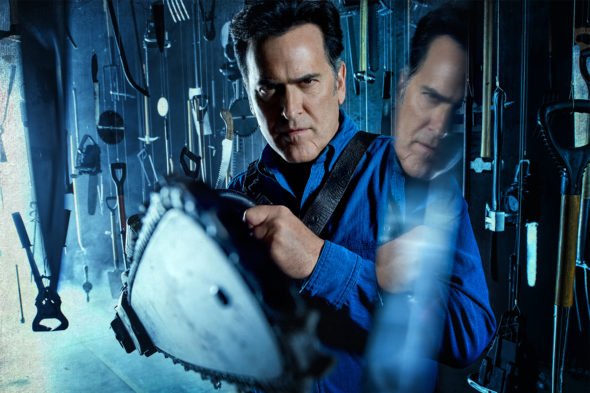 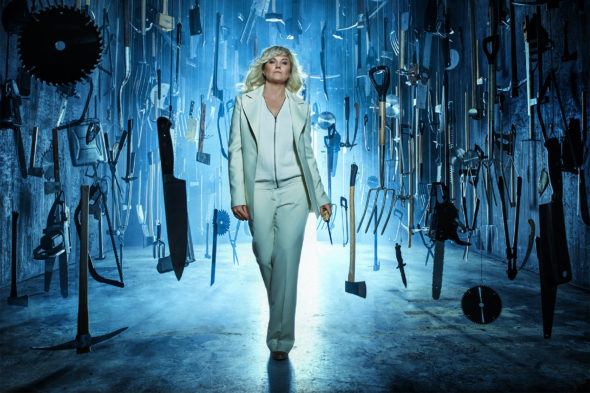 There will be no fourth season for Starz’s Ash Vs Evil Dead.

“Ash v Evil Dead has taken audiences on a wild ride for three seasons thanks to the fantastic performances and creative efforts of Sam, Bruce, Rob and the entire cast and crew. We are proud to send the show out with a bang…and a splat,” said Carmi Zlotnik, President of Programming for Starz.

Ash Vs Evil Dead: A Look at the Ratings

The third season of Ash Vs Evil Dead is averaging a 0.08 rating in the 18-49 demographic and 177,000 viewers. Compared to season two, that’s down by 52% and 42%, respectively. Learn how Ash Vs Evil Dead stacks up against other Starz TV shows.

Responses to the Ash Vs Evil Dead Cancellation

Star Bruce Campbell bid farewell to his “role of a lifetime.” Check it out. 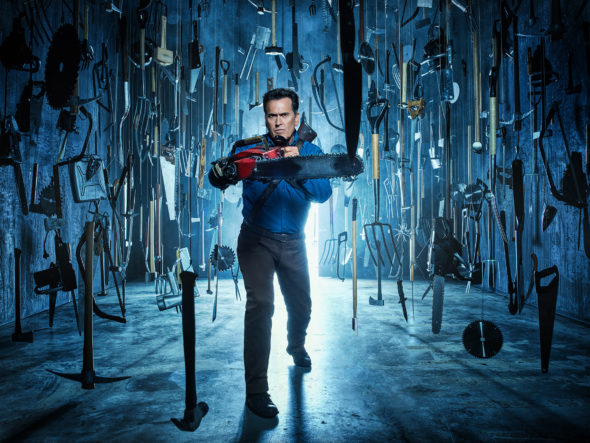 What do you think? Are you a fan of the Ash Vs Evil Dead TV series? Is it ending at the right time? Had it been up to you, would Starz have cancelled or renewed this TV show for a fourth season?

I honestly think they should at least make a hour or two hour special to kick off season 4.1 and literally just make it one episode because the ride was amazing just to cut it off before the rollercoaster hit the down sloap. Was excited then very not so grooved to find out it was cancelled

Well honestly i think they should have made one more season, don’t even need to be a full season. Just the way season 3 ended I really think that was a kick in the nuts. Or make a movie to finish it off properly and the franchise tie up all the lose ends.