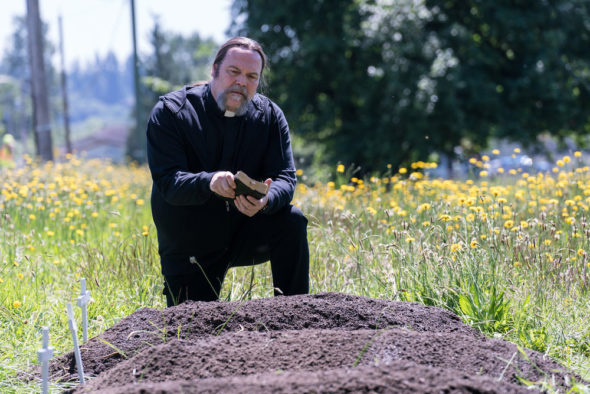 It seems Syfy has given up the ghost. The Ghost Wars TV show on Syfy has been cancelled after one season. Rob Owen, of the Pittsburgh Post-Gazette reports he has confirmed the Ghost Wars cancellation. Since there will be no second season, the season one finale episode, “…My Soul to Keep” will also serve as the Ghost Wars TV series finale.

Ghost Wars: A Look at the Ratings

The first season of Ghost Wars averaged a 0.09 rating in the 18-49 demographic and 376,000 viewers. Of the Syfy TV shows we’ve been tracking, those ratings left Ghost Wars ranked 11th out of 14 scripted TV series. In other words, the cancellation is understandable. 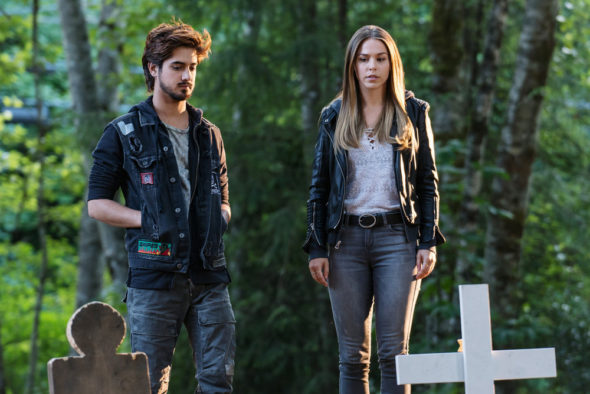 What do you think? Did you watch the first season of the Ghost Wars TV show? If it were up to you, would Syfy have cancelled or renewed Ghost Wars for a second season? Sound off, in comments below.

There’s got to be a way we can get another season of ghost wars, I am so so sad to find out season 2 was cancelled

I would definitely watch another series really enjoyed it. Kept you guessing. I only found it by chance so perhaps if it had been advertised better..maybe on fb then more people would have watched it. I’ve recommended it but disappointed it’s not continuing !!

I was fricking angry when I saw that there is no season 2, Netflix does this sh*t where they cancel so many shows, and its so irritating, because they only continue shows that are popular, so in a way you are forced to watch a small amount of shows that they give u. And the actors were amazing, the plot too, the place, everything, the story. It was unique, and I dont mind the title either, cause when I wanna watch something I dont care about the name, I care about the trailer and the story. Personally I dont really… Read more »

I would love to watch another season of Ghost wars

This series caught me completely by surprise and may go down in history as the netflix series that most needed to be continued. Perhaps in 2017 the script didn’t suit but picking up on it in 2021 makes the show seem like it should be number one on netflix.

Definitely a shame that there wasn’t any second season but at least the last episode stands pretty well as a series finale. The show had great acting, special effects and plot but was let down a bit by the name which wouldn’t have drawn in that many people

I am not big into buying tv show series. But after watching the first couple of episodes of Ghost Wars, I had to buy it! It’s REALLY A SHAME that this TV show was canceled after ONLY one season and left fans wanting more! Its been over three years now and I still binge watch season one on a weekly basis. I wish SYFY would bring Ghost Wars back asap!! If SYFY can renew Z Nation (which got silly after season 2 ) for more than two season, SYFY should bring Ghost Wars back for at least season 2.

I swear I don’t even usually bother to comment but I would nearly petition to get a second series of ghost wars!

I loved it. Very disappointed there will be no season 2. Excellent cast and acting, good plot and pulled off well considering the supernatural element.

This was an amazing show, me and my mother loved it!! To find out after waiting a couple years for another season that it was cancelled, it broke our hearts

I’ve Just started watching this on Netflix and to find theres no 2nd season is a crying shame .. me n the mrs are both hooked and we only have 2 left to watch .!!

I’m watching Ghost Wars on Netflix and it’s excellent. Drama, horror, sci-fi, and astonishing performances, especially from Meat Loaf as the tortured grieving father.
Reason no one watched it? The title. WTF were they thinking? Sounds like one of those rubbish ‘psychic ghost hunter’ reality shows – the word “reality” is doing some pretty heavy lifting there. But only for quarantine due to the virus I would never have clicked on this.
It’s truly original, stylishly made, perfectly paced and absolutely bingeworthy.
But that title is cringe-making.