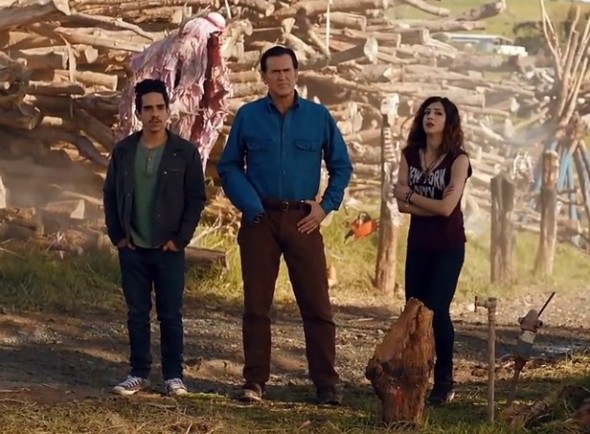 Y’all are stupid to cancel this funny, bloody and team of demon slashing. Renew ASAP

Yeah it is fantastic and a masterpiece but, Bruce is now 62 and deserves to slow down a bit. I personally think that there are plenty more plots out there for someone to develope into episodes. If Bruce reads any of this then please, please, please come back and entertain like only you can.

This was a great show always entertaining, bring it back please!

Im madd was one my fav shows

Please Netflix, Please pick this up. Best show ever! Funny as hell.

There’s no way this show should have been cancelled.Now the king fights demons in the future.They could have easily gotten 3 more seasons out of the show.Give it to Netflix then.We want Bruce.

Why did you cancel this show it was so creative. While you let other shows like “this is us” go on and on. So many bad shows on.

Love this show , Stars is stupid for canceling this show!