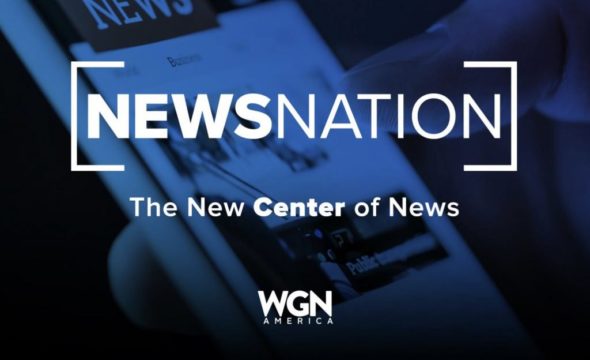 News Nation is coming to WGN America this September, and the network has revealed more about the series. The show will cover the day’s news across the nation in a three-hour nightly broadcast.

WGN America revealed new details, along with anchors and correspondents, in a press release.

News Nation will air daily from 8 p.m. ET to 11 p.m. ET, and will draw on the local, regional, and national expertise of Nexstar’s 5,400 journalists in 110 local newsrooms across the country. The broadcast will deliver news reporting that is fact-based, impactful, educational, and unbiased. In addition to the live nightly newscast, News Nation’s team of reporters and producers will deliver news twenty-four hours a day online through News Nation’s soon-to-be-launched mobile app, NewsNationNow.

“Our on-air anchors and reporters, as well as those guiding the off-camera news-gathering process, are award-winning journalists who understand the importance of being objective,” said Sean Compton, Executive Vice President of WGN America. “They reflect the diversity of our country and will be the backbone of News Nation, as WGN America begins charting a new course in television news, designed for the millions of viewers across the U.S. who want their news to be accurate, fair and without opinion.”

News Nation is overseen by Jennifer Lyons, a media industry executive with 30 years of newsgathering and production experience, who serves as Vice President of News for WGN America.

“We’re adding more than 130 News Nation staff members to the 5,400 Nexstar journalists already reporting from local communities across the U.S.,” said Ms. Lyons. “We have assembled extraordinary teams both in front of and behind the cameras. They are true journalists coming together with a clear mission: Your News, Your Nation. I think you’re going to learn so much about our country through them.”

“Now more than ever, viewers rely on television news to stay informed about everything from the latest pandemic developments to the reopening of the economy and the upcoming election,” said Perry Sook, Nexstar Media Group President and Chief Executive Officer. “We have an opportunity, a mission, and the resources nationwide to bring Americans breaking news stories and live coverage delivered by reporters who know the local community and can provide unbiased coverage of events from coast to coast and deep in the heartland. Nexstar has the largest newsgathering organization in the country, with 5,400 journalists in newsrooms throughout the U.S. and Sean and Jennifer have curated an exceptional team for News Nation. These journalists have broad experience, strong records of journalistic excellence, and their local perspectives will create a new fact-based and unbiased national news platform. We will be presenting news in a way that is free of any particular point of view as we debut News Nation on September 1 and we are confident that there are more Americans than ever who are seeking just that.”

What do you think? Will you check out News Nation this fall on WGN America?

Will Hulu be carrying your news station?