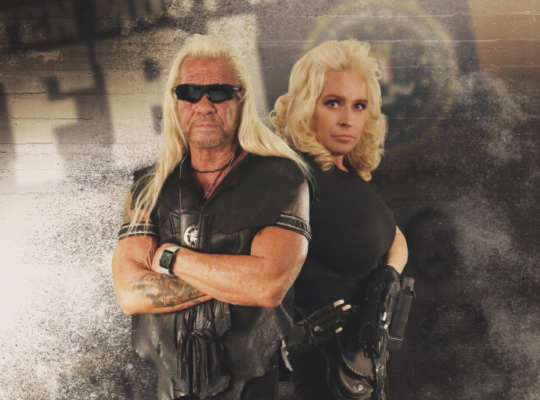 The unscripted series will follow Dog and his team as they “hunt down the Most Wanted Fugitives from the FBI, U.S. Marshals and States’ lists throughout the country, bringing these criminals to justice.”

Dog’s Most Wanted will begin production in early 2019. You can read more info from WGN America below: 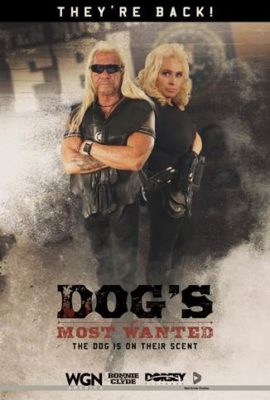 Los Angeles, CA (January 14, 2019) – WGN America announced today that world-famous bounty hunter Duane “Dog” Chapman and his elite team of professionals, The Dirty Dozen, are coming to the network in pursuit of Dog’s “bucket list” of most wanted fugitives in this thrilling new series. “Dog’s Most Wanted” marks the first unscripted series on WGN America in over five years. The show, produced by Dorsey Pictures, begins production in early 2019.

Duane “Dog” Chapman went from a motorcycle gang member, spending time in prison, to becoming a celebrated lawman with millions of loyal followers. Dog came to prominence after pursuing and capturing FBI’s Most Wanted fugitive and Max Factor cosmetics heir, Andrew Luster. Dog subsequently became a household name with his hit TV series “Dog the Bounty Hunter,” which aired over 300 episodes in 10 years.

In this new series, Dog and Beth will be supported by a ferocious team of hunters Dog calls “The Dirty Dozen.”  Together they will hunt down the Most Wanted Fugitives from the FBI, U.S. Marshals and States’ lists throughout the country, bringing these criminals to justice.

“America has been captivated by Dog, Beth and their dramatic true-crime experiences for over a decade,” said Gavin Harvey, president of WGN America. “In this brand-new series, millions of Dog and Beth fans will join them on bigger hunts, pursuing more dangerous criminals, with a supporting cast of tough-as-nails crime fighters.”

“Crime in America is skyrocketing! Criminals are finding it easier to avoid the system,” said Dog. “With more and more dangerous criminals running the streets, the time couldn’t be better for the World’s Greatest Network to bring back the World’s Greatest Bounty Hunter. Fugitives beware!”

What do you think? Are you a fan of Dog the Bounty Hunter? Will you watch his new TV show?

Will they be a season 2 enjoy watching the show

YES!!! WE LOVE THE CHAPMAN FAMILY AND WAYCHING THEIR SHOWS

Me and my girlfriend will be watching most definitely

When actually is it on. Please

I can’t wait to see Dog and Beth and of course, Leland! I’ve always enjoyed watching them on tv and I really miss Dog and Beth On The Hunt… I wish I could watch them all again,but don’t know how to find them anywhere. Thanks for bringing them back to us!