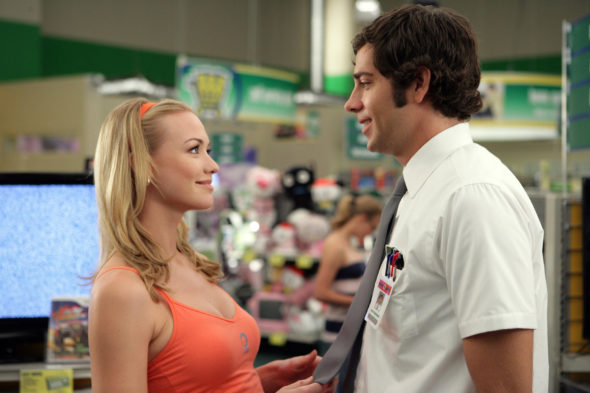 Chuck and Sarah are back together … sort of. E! Online reports the Chuck stars Zachary Levi and Yvonne Strahovski have reunited for the season two premiere of Disney Channel’s Rapunzel’s Tangled Adventure.

Both Levi and Strahovski can be heard in the season two premiere of Rapunzel’s Tangled Adventure, which debuts on Disney Channel on Sunday, June 24th, at 8 a.m. ET/PT.

Watch the two recording below:

What do you think? Are you a fan of Chuck? Would you watch a reboot?

Chuck was an outstanding show. I really enjoyed the cast and the concept of the show . I really miss it and would love to see it back with the same cast.

Chuck was a great show. I really miss them and would love to see your reboot with the same actors.

I am thrilled about the cast read. Chuck vs. The Beard ,or Chuck vs. The Balcony would be good. Although I enjoy all episodes equally. Would love to see a Chuck movie.

I loved the series Chuck & would love for that to come back!! Now there is a series to reboot!!

I have watched the whole thing 7 times

Would LOVE to see Chuck back!!