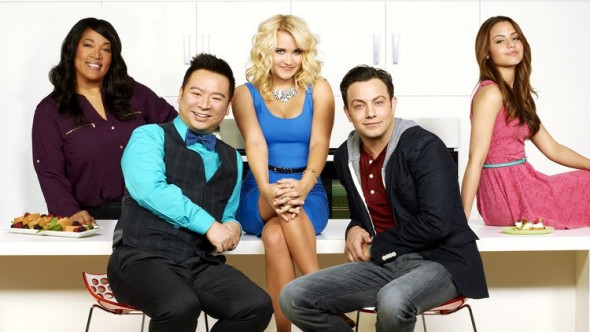 How do you feel about the cancellation of Young & Hungry? Recently, creator David Holden spoke with TVInsider about the end of the Freeform TV show.

During the interview, Holden said he wished Freeform renewed Young & Hungry for at least one more season:

We really wanted to do one more season, and we didn’t get to. But hey, that’s how TV works. It would be great if we could tie everything up in a perfect little bow. That’s not how the business works.”

Even though the show is cancelled, could there be a Young & Hungry movie? Holden says one is currently in development:

The notion with the movie is that we tie things up a little bit more. The season definitely leads to a cliffhanger. It would be nice if a movie could satisfy all of our fans. We’ve already written a draft of the script for them. I think it will be on Freeform. I think it’s a matter of figuring out if and when it’s going to happen. It’s out of my hands. If they don’t pick up the movie, I feel like we should put it online and see that it does happen.”

The final episodes of Young & Hungry begin on Freeform on tonight, June 20th, at 8 p.m. ET/PT.

What do you think? Do you watch Young & Hungry? How do you want the series to end?

We want more seasons. I love this show. It is so good. I’m go soso on ya’ll. Bring it back.

LOVE this show. Bring it back for one more season!! Let’s see how things play out! ❤️

I am so sad the show is on it’s last season it’s a great clean fun funny Sheldon I look forward to every time I see it on my DVR I think each actor is so talented so funny and I love their characters. I do hope they make a movie or reconsider the cancellation hey they brought back last man standing so it can happen but please tell all the actors in the riders in the director and producer that they did a great job and thanks for the five seasons

I wish it wasn’t cancelled! I love this show. It’s funny and pretty clean. You don’t see much of that anymore. I liked to see josh and gabby get married and Sophia met a great guy. I will diffinately be waiting to see the movie if that make one!

Love this show!! Disappointed that it’s being cancelled. Would love for them to keep the series going. Love the idea of a movie!!

I agree 100 percent with the producers Freedom should give another season so devoted fans will get closure. I would love to know they can justify not letting them finish their story. I hope Net Flix picks it up like they did we Lucifer. A very extremely disappointed fan.

I Love this show!!! Cannot believe it’s being canceled!!! Very Sad to see this show like So Many of my Faves have been Canceled!!!