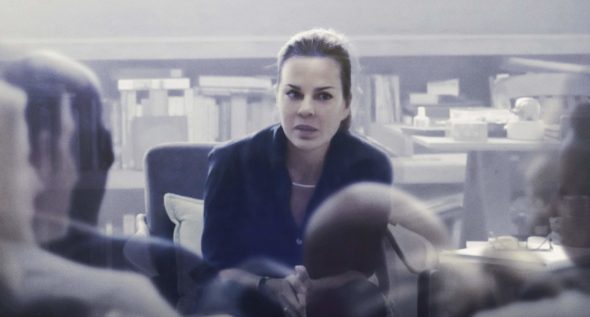 Couples Therapy is returning to Showtime for its second season, and a premiere date has now been set. The docu-series gives viewers a look inside therapy sessions held by Dr. Orna Guralnik. The nine-episode season will arrive in April with back-to-back episodes planned through the May finale.

Showtime revealed more about the return of Couples Therapy in a press release.

“SHOWTIME has released the trailer for the second season of COUPLES THERAPY, the critically acclaimed docuseries providing viewers an authentic and visceral look at weekly therapy sessions with world-class therapist Dr. Orna Guralnik. The nine-episode season will premiere Sunday, April 18, with the first two episodes airing back-to-back at 10 p.m. and 10:30 p.m. ET/PT. New episodes will continue to air back-to-back on Sunday nights for four weeks, with the finale airing on May 16 at 10 p.m. ET/PT. The entire season will also release for on-demand streaming on SHOWTIME and across all SHOWTIME partner platforms on April 18. To watch and share the trailer, go to:

COUPLES THERAPY follows eight months of therapy sessions with Dr. Guralnik as she deftly guides couples through honest confrontation with each other, revealing real-life struggles and extraordinary breakthroughs. The second season features three entirely new couples working through intense conflicts: a single mother’s unplanned pregnancy forces her to examine if the father is actually the man she wants to be with, a woman confronts her husband for failing to deliver the life she wants, and the raw trauma of near-fatal alcoholism reveals unexpected consequences for a young gay couple. The season also sheds an intimate light on at-home confinement after last year’s COVID-19 shutdown, forcing every couple – and Dr. Guralnik herself – to examine profound changes within their daily lives.”

The trailer for Couples Therapy season two is below.

What do you think? Did you watch the first season of the Couples Therapy TV series on Showtime? Do you plan to watch season two?