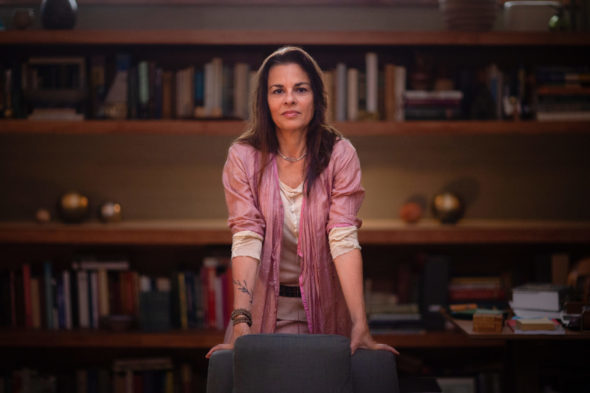 Couples Therapy is getting another season. Showtime has renewed the docu-series for a third season which will air in two parts in 2022. Psychologist and psychoanalyst Dr. Orna Guralnik will return to help couples work out their issues.

Showtime revealed more about the renewal of Couples Therapy in a press release.

“Today, SHOWTIME announced it has picked up an extended third season of the acclaimed docu-series COUPLES THERAPY, from Sundance Award-winning filmmakers Josh Kriegman, Elyse Steinberg and Eli Despres. The third season – split into two distinct runs to premiere in 2022 – will continue to feature world-renowned psychologist and psychoanalyst Dr. Orna Guralnik, along with fresh sets of couples in each season-three installment. The announcement was made by Vinnie Malhotra, Executive Vice President, Nonfiction Programming, Showtime Networks Inc.

COUPLES THERAPY unlocks the hidden world of other people’s relationships by bringing viewers into the visceral experience of real-life therapy sessions. Dr. Guralnik deftly guides couples through honest confrontation, revealing the struggles – and extraordinary breakthroughs – typically unseen by anyone outside the room.

“We are in awe of the bravery of these couples and deeply grateful for the continued opportunity to capture and share their struggles with the world,” says show creators Kriegman, Steinberg and Despres. “The therapeutic work is not just gripping – it is also a profound reminder of the power of reconciliation and the worthiness of striving to better love one another.”

“I believe what draws people to COUPLES THERAPY are the raw, transformative journeys couples go through in treatment and the chance to witness the fascinating ways the unconscious reveals itself, all usually hidden behind closed doors,” says Dr. Guralnik. “Every session underscores the extraordinary human capacity to work through the most challenging problems through empathy and love.”

COUPLES THERAPY wrapped its second season last month and has received critical praise from press and viewers alike. Seasons one and two and COUPLES THERAPY: THE COVID SPECIAL are streaming on-demand on SHOWTIME and across all SHOWTIME partner platforms.

What do you think? Are you a fan of the Couples Therapy TV show on Showtime? Do you plan to watch season three?

This show is very moving, very beautiful. It’s a show about being human, and the struggles of being human, and the joys. The “Covid edition” was pitch-perfect, and there was something eerie about seeing the painful drama of the pandemic’s earliest months in New York City unfold on the screen. The therapist, Orna, is so sensitive and very perceptive. Sometimes she lets comments go by, and I wonder why she did, but she then picks up the thread in a later session. She has her timing, which is slow and careful. Hearing her speak to her own therapist about her… Read more »

I came across the show by just trying to find something to watch, and it caught my eye. I binged watch both seasons and wanted more. It help to relieve where issues may come from and happy to see the end result.

Watching the series has been ‘life changing ‘. Investing in the deeply emotional & challenging journey between Orna and the couples, witnessing them working together was very insightful. I could definitely relate to many of the issues the couples face. Every session underscores the human capacity to adapt, engage & change things for the better. It gave me further insight enabling me to ‘tune into’ and better understand myself & navigate the dynamics & workings of my own relationships with partner, parents & my own family. Listening to the ‘spirit guides’ Orna & her personal therapist (bravo ) has definitely… Read more »

Couples Therapy is one of the best realty – true reality – shows that I have ever watched! Orna is amazing!