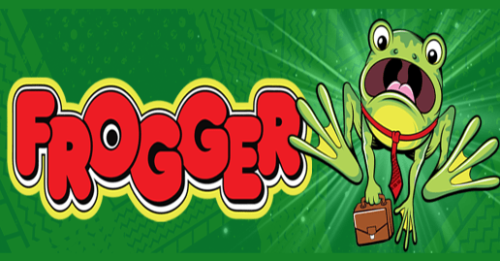 Frogger is coming to Peacock in the form of a new obstacle course game show, based on the popular 1980s video game. Thirteen episodes featuring 12 different courses are planned.

Peacock revealed more about the new Frogger game show in a press release.

“Peacock leaps into extreme fun and nostalgia with a series order of FROGGER, a larger-than-life physical competition series based on the iconic 1980’s video game.

A worldwide phenomenon since its introduction by Konami in 1981, Frogger has remained one of the most classic and beloved video game franchises of all time with a library spanning more than 30 titles across various platforms. The show FROGGER brings to life this popular franchise and supersizes it on an epic course! Audiences and contestants alike will be transported into a wild, whimsical FROGGER world, filled with all the simple but challenging elements of the mega-hit from Konami.

Contestants from across the country will test their talent in a competition requiring skill, strength, strategy and problem-solving smarts. Who will have what it takes to be America’s finest FROGGER and jump away with a massive cash prize?”

What do you think? Are you a fan of the Frogger video game? Will you watch the new Frogger TV series on Peacock?