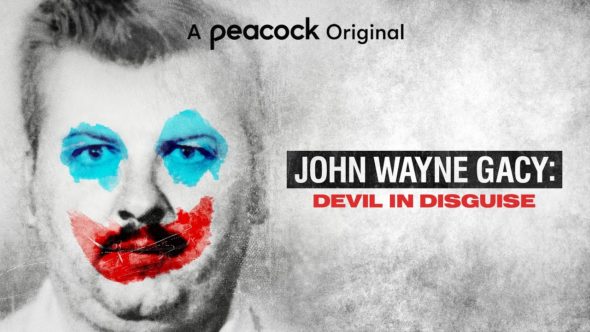 Peacock is showing off their upcoming programming, and viewers will soon see three new docu-series on the streaming service. Peacock has ordered new shows looking at the lives of Olympian Michael Phelps, serial killer John Wayne Gacy, and a new series that will examine ‘sex and relationships in a new light,’ titled Ex Rated.

Peacock revealed more about all three docu-series in a press release.

· EX RATED explores the growing trend of adult singles who send standardized “exit surveys” to all of their previous romantic partners – from long-term relationships to casual hook-ups – to learn why their relationships never materialized or simply didn’t last.

· EX RATED is a revealing social experiment that looks at sex and relationships in a whole new light – it will be hilarious, shocking, awkward and even informative.

· The series will challenge adult singles of all ages and backgrounds to face raw, unfiltered feedback on everything from their personality to sexual prowess and relationship skills in order to find out where they went wrong and how they can improve.

· Peacock has ordered six-part documentary series JOHN WAYNE GACY: DEVIL IN DISGUISE, marking Peacock’s venture into unscripted and true crime programming. The docuseries tells the chilling story of one of the world’s most notorious serial killers told through the words of Gacy himself, those who were forever changed by his unspeakable deeds and those who believe that the full truth about the case remains concealed to this day.

· Peacock Original JOHN WAYNE GACY: DEVIL IN DISGUISE premieres on Thursday, March 25. All six episodes will drop at once.

From NBC News Studios and Rod Blackhurst (Witchcraft Motion Picture Company), the Emmy-nominated producer of “Amanda Knox,” JOHN WAYNE GACY: DEVIL IN DISGUISE is a comprehensive deep dive into the riveting case. The series follows the investigation of serial killer John Wayne Gacy and poses new questions about what may have happened and who else may have been involved.

· The docuseries will highlight a multi-hour interview with Gacy himself from prison, only minutes of which have ever been seen, as well as exclusive audio and video interviews, including with one of his closest confidantes and his second ex-wife.

· All-time swimming great Michael Phelps is the most successful and most decorated Olympian of all time with a total of 28 medals, 23 of them gold.

· The countdown to Tokyo begins with MICHAEL PHELPS: MEDALS, MEMORIES & MORE, a three-part series from NBC Sports, in which Phelps takes a look back at his storied Olympic career and watches each race with Rowdy Gaines and Dan Hicks, NBC Sports swimming commentators who covered the past six Summer Games. The series will exclusively premiere on Peacock prior to the Tokyo Olympics.

· Each episode of the series will feature a different era of his career. In the first episode, “Greatness Begins,” Phelps takes viewers back to his first Olympic appearance as a teen in the Sydney Olympic Games. Episode two, “Eight Golden Races,” focuses on the details that made Phelps extraordinary as he takes on legendary status. In the third and final episode, “London to Lasting Legacy,” Phelps reveals an intimate look at how vulnerable he was throughout major portions of his career.

A trailer for John Wayne Gacy: Devil in Disguise has also been released.

What do you think? Do you plan to watch any of these three new docu-series on Peacock?