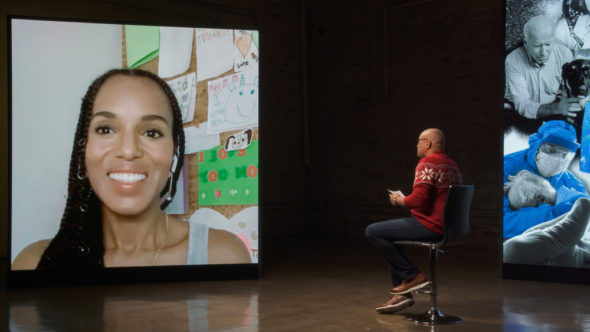 Wilmore has ended its run on Peacock after one season but, it wasn’t cancelled. The late-night series aired its last episode on Friday night with Kerry Washington, Gina Yashere, and Sue Bird as guests. During its 11 episode run, Larry Wilmore also spoke with Bradley Whitford, Yara Shahidi, Quinta Brunson, Chris Redd, and more.

On the series, Wilmore tackled topics that were impacting people in 2020 during the time of the recent election. Dan Shear, EVP Comedy Development, Peacock, said the following about Wilmore, per Deadline:

“Larry has a distinct voice and point of view, which we felt was important to be part of the election conversation. From its conception, we designed Wilmore as a limited, late-night special series that would run for 10 weeks before the election and conclude once all the votes were counted. Beyond the election, we look forward to continue collaborating with Larry on more projects to bring his perspective on culture, politics and comedy to Peacock.”

Wilmore signed a four-year deal with Universal Television last year so he’ll very likely return with another show in the future.

What do you think? Did you watch Wilmore on Peacock? Would you want to see this late-night talk show return at a later date?

Solid fave, ever since he was on Comedy Central & on par with The Daily Show… Would be glad to see him nightly or at least weekly

I loved “Wilmore”. I hope he returns…SOON.