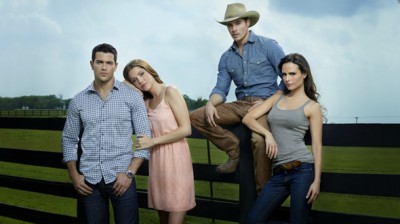 I had some reservations about rekindling this loved ahow. I totally have no reservations now its like where they left off. J.R. Is stillllll J.R. Evil, rotten, nasty, under handed. Bobby with cancer I did NOT like. Over all was really great

i really loved the old series and i just finished watching the new one……gotta say still a die hard fan….always will be…..love it, love it, love it. will be back next wednesday. love that sue ellen, jr, and bobby, and some others were on it.. hope to see some more familiar faces.

Love love love it!!!!!!!!! Looking forward to watching it every week.. Thanks for DVRs

watched old series entire yrs. and watched new series tonight. liked new series, picked up where old one left off. they are up to same old tricks. i agree give it a chance.

I enjoyed the premiere very much. I watched the original series right up to 1991. I was sorry to see it go then, and I’m excited it’s being brought back, albeit for only 10 episodes. I hope it continues past those 10 episodes. I just wish there weren’t so many commercials.

Count me in as a new fan. Larry Hagman is still a great villian and the story interesting.

I love it, it needs a little fixing as far as the writing, but the old spirit is there and I will watch again.

So far I like what I see. I hope it be as good as the first, but I don’t think it will be without Miss. Ellie

Who would watch this drivel?

I will see for myself tonight.