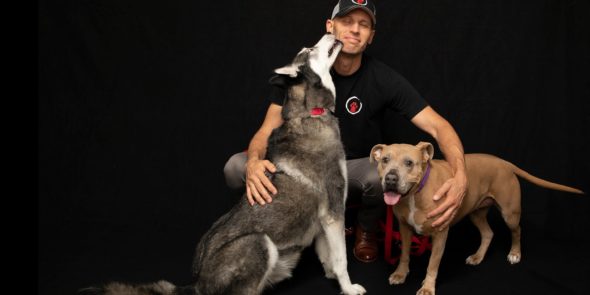 National Geographic Wild is celebrating ten years on the air, and it is setting up its programming for the 2020-21 season. The slate includes new episodes of Dr. Oakley: Yukon Vet, Dog: Impossible, and Secrets of the Zoo. In fact, fans of Secrets of the Zoo will see two different seasons of the series.

National Geographic Wild revealed more about the new seasons in a press release. Check out the details below.

“Secrets of the Zoo: North Carolina

Welcome to North Carolina, home to one of the largest zoos in the world. Spread out over an enormous 2,600 acres, this AZA-accredited zoo has more than 1,000 individual animals, more than 200 species and a diverse range of landscapes, including a swamp, prairie, grasslands, forest and even a desert. Animals live in these lush natural environments and even share habitats as they would in the wild. At a time when the traditional concept of a zoo may seem out of sync with animal welfare, the North Carolina Zoo leads the way and has achieved multiple awards for its global conservation work. Secrets of the Zoo: North Carolina features stories of every kind, including emergency and routine animal procedures, animal husbandry and the rehabilitation and release of native wildlife.

Secrets of the Zoo Season Four

Secrets of the Zoo is back with a fourth season of unprecedented access to one of the nation’s largest and most popular zoos: The Columbus Zoo and Aquarium! Featuring the dramatic, hilarious and heartwarming stories of what it takes to care for the zoo’s 10,000 animals across almost 12,000 acres of facilities, this series takes viewers behind the scenes to witness America’s favorite zoo at work. This fan favorite shines a light on veterinary care, feeding, live birth and expanding habitats, along with all the wildlife and wild people who work together to make it all happen!

Famed dog behavior specialist Matt Beisner returns for another season of Dog: Impossible, tackling some of the toughest cases in town. Working with some of the most dangerous and aggressive dogs, Matt and his team keep on fighting for the dogs that everyone else has given up on. He’s out to make a difference in the lives of dogs and their owners because no matter how tough the case may be, he still believes one thing… there are no bad dogs.

Making house calls in the far reaches of the Great North is a daunting task in the least, considering the houses may be separated by hundreds of miles. That challenge doesn’t stop Dr. Michelle Oakley from performing her many duties as a veterinarian in one of the most rugged environments on Earth. In addition to running an animal clinic out of her home, she makes house calls, sometimes driving for long stretches through desolate wilderness to check on a patient. This series documents how Dr. Oakley juggles being a full-time vet, wife and mom, and does so with a sense of humor and devotion.”

Premiere dates were not revealed for these new seasons.

What do you think? Are you a fan of these shows? Will you watch the new seasons?

I’m a big fan of dog Impossible. Would love to see more seasons of this series.