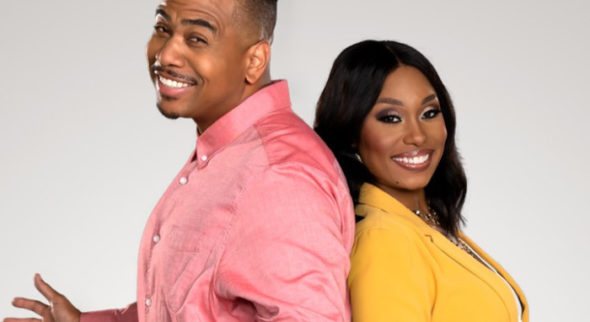 Get ready for more Family Time. A new season of the comedy premieres on Bounce next week. Season seven will premiere October 9 at 9pm ET/PT. This return makes Family Time the longest running series on Bounce. The series stars Omar Gooding and Angela Conwell as the head of the Stallworth family. This season the couple will need to deal with their children moving out of the house. Their nest is now empty!

Bounce TV revealed more about the return of the series in a press release. Check that out below.

New episodes will also be available on Thursdays on Brown Sugar, Bounce’s subscription video-on-demand service, along with complete seasons one through six.

Family Time follows the lives of the Stallworth family who relocated to the suburbs after hitting the lottery. High school sweethearts Anthony and Lisa and their children are a tight-knit family living the middle-class American dream who make up their own rules for love, marriage and family along the way. Season seven finds Anthony (Omar Gooding) and Lisa Stallworth (Angell Conwell) grappling with becoming empty nesters while their children, Devin (Bentley Kyle Evans, Jr) and Ebony (Jayla Calhoun), spread their wings as young adults. Their lives may be going in different directions, but it’s the family time that keeps them bonded.

Bounce (@bouncetv) is the first and only multi-platform entertainment network targeting African Americans, with programming seen on cable, on DISH channel 359, over-the-air, over-the-top on Roku®, on mobile devices via the Bounce and Brown Sugar apps and on the web via BounceTV.com. Bounce features a programming mix of original series and movies, off-network series, theatrical motion pictures, specials, live sports and events and more.

A trailer for season seven of Family Time has also been released.

What do you think? Are you excited for the return of Family Time? Are you a fan of this Bounce comedy series?

Love this show glad it’s back.

Glad it’s back. Love the show.