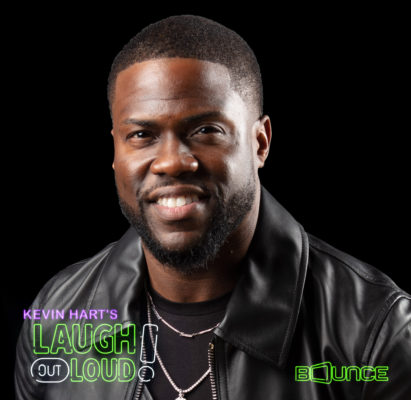 Are you a big fan of Kevin Hart? Bounce just announced the premiere date for their new TV show, Kevin Hart’s Laugh Out Loud.

Executive produced by Hart, the comedy series will be “hosted by comedian Jasmin “Jazzy” Brown who will introduce the funny and highly-entertaining segments.”

Kevin Hart’s Laugh Out Loud premieres on Bounce TV on May 6th at 9 p.m. ET/PT.

ATLANTA (May 3, 2019) – Kevin Hart’s Laugh Out Loud premieres on Bounce this Monday, May 6 at 9:00 p.m. ET with episodes every Monday night through the summer.

Each episode of the program will feature a curated collection of the award-winning content from Hart’s popular and celebrated Laugh Out Loud digital service. The 10-episode season is executive produced by Hart and hosted by comedian Jasmin “Jazzy” Brown who will introduce the funny and highly-entertaining segments. The series is being produced in partnership between Bounce and Lionsgate Television.

“Kevin Hart is a one of the most-popular, talented and funniest people on the planet,” commented David Hudson, Executive Vice President of Original Programming for Bounce and Katz Networks. “We are thrilled to be in business with him.”

“We’re very excited to work with Bounce and bring our all-star lineup of comedy to linear audiences,” said Jeff Clanagan, Laugh Out Loud’s President. “Partnering with Bounce allows us to further expand on the rapid growth of the network and shine a spotlight on some of the best emerging talent in the comedy scene.”

Kevin Hart’s Laugh Out Loudjoins the line-up of Bounce original comedy series that includes the popular sitcoms Family Time, In The Cut and Last Call.  Bounce is also the home of the hit original drama series Saints & Sinners whose fourth season premieres this summer. Visit BounceTV.com for more information.”

What do you think? Are you a fan of Kevin Hart? Will you check out his new TV show?