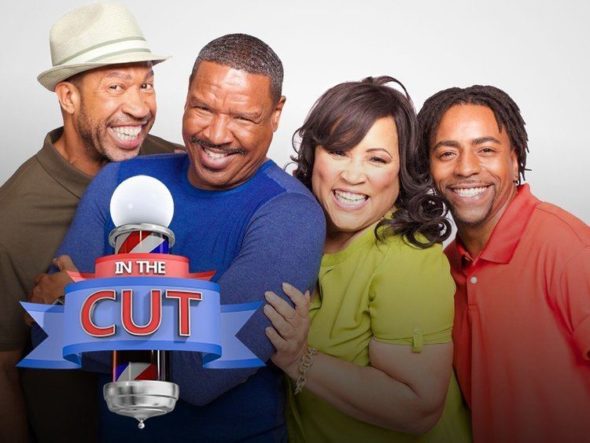 In The Cut is coming back for a sixth season! Bounce TV has announced the renewal and premiere date for the sitcom. Fans of the series won’t have long to wait either. The series will return next month. The cast of the comedy includes Dorien Wilson, Kellita Smith, John Marshall Jones and Ken Lawson.

Bounce TV revealed more about the return of the series in a press statement:

“Bounce, the first and only multi-platform entertainment network for African Americans, announced today the upcoming return of its original comedy series In The Cut. The new season of the long-running hit will roll-out over thirteen Wednesday nights throughout the spring, starting on Wednesday, April 1, 2020 at 8:00 p.m. (ET).

Following their weekly premiere on Bounce, the new episodes will also be available on the popular subscription streaming service Brown Sugar on Thursday mornings. Complete seasons one through five are available on Brown Sugar anytime.

In The Cut revolves around Jay Weaver (Dorien Wilson, The Parkers) who must adjust to married life with Cheryl (Kellita Smith, The Bernie Mac Show), all while running a barbershop and beauty salon together. This season, the pair – along with Jay’s son Kenny (Ken Lawson, The Parkers) and their friends Smitty (John Marshall Jones, Rectify), Mabel (Laura Hayes, Meet The Browns) and Percy (Dorion Renaud) – must contend with their biggest challenges yet – including convincing the city not to demolish the business to pave the way for a new freeway.

“In The Cut, now entering season six, has been one of our most-popular original series and we are looking forward to sharing new episodes with our viewers in April,” said Bounce Executive Vice President of Original Programming David Hudson.

In The Cut was created by Bentley Kyle Evans and is produced by Evans and partner Trenten Gumbs, both of whom produce another Bounce hit original series, Family Time, currently in production on season seven. Evans also produced the classic sitcoms Martin and The Jamie Foxx Show.”

Check out the trailer for season six In The Cut below.

What do you think? Are you excited for the return?

Where is Kellita? Show is becoming annoying.

Kellita was missing a lot last season and for the past two episodes, seems like it’s happening again. This really affects the balance in the show. They need her all the time. What is really going on? I was hoping for a better season. Where’s Kellita disappeared to again?

She doesn’t appear all the time though, which is unfortunate and takes away from the show.

Hi I would like to know what about Saints and Sinners. Are they coming back

I only asked about saints &sinners renewal or cancel….