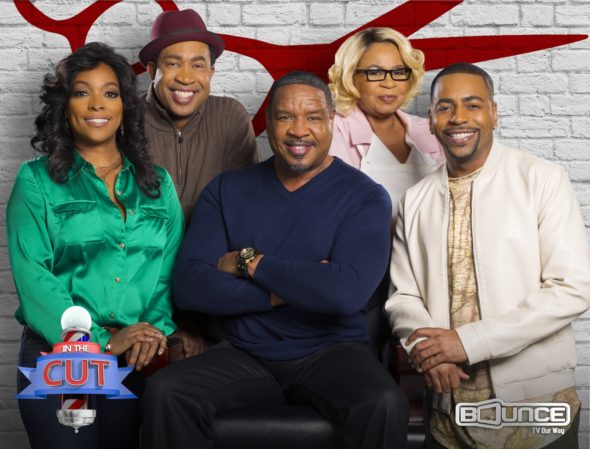 TV show description:
A sitcom from creator Bentley Kyle Evans, the In the Cut TV show centers on barbershop owner Jay “The Dream” Weaver (Wilson). Unbeknownst to him at the time, Jay fathered a child over 30 years ago, as the result of a brief fling. As an adult, his son Kenny (Lawson) seeks him out. Now, they’re learning to live and work with each other in close quarters.

As an entrepreneur, Jay owns other businesses in the strip mall, but spends most of the time working in the barbershop. Wisecracking employees, opinionated neighbors, romantic intrigue, and Jay’s best friend Smitty (Jones) provide plenty of fodder for this father and son, who are learning to live as grownup men.

What do you think? Do you like the In the Cut TV series? Should it be cancelled or renewed for another season?

Renewed, love the cast. But, I don’t know what is going on, great cast, talent, and most have had successful career. But some seem to be over the top a little bit. Everyone wants to have the punch line and a little to much drama. Come on let’s work to so we can continue to see this very great cast. Love you all.❤️

Is this current information for “In the Cut” because the show hasn’t shown for months????? “Family Time” is no where near as good and the acting is shallow. Won’t be watching much longer!

Please renew this show! I have my own Barber Shop and can relate to it. Actors are funny and the show is really well put together. I binge watch the episodes on the Brown Sugar app… Renew

WHY IS IT THAT ALL OF A SUDDEN ALL COMEDY SITCOMS HAVE BEEN CUT FROM THE BOUNCE NETWORK? I WORK THE LATE EVENING SHIFT & I WOULD LIKE TO CONTINUE TO WATCH IN THE CUT, FAMILY TIME, MANN & WIFE, ARE WE THERE YET, BLACKISH, MR COOPER, THE HUGHLEYS, FOR BETTER OR WORSE, LOVE THY NEIGHBOR, AND LAST CALL. WHILE ALL OF THE OTHER CHANNELS ARE SELLING BISSELLS , SKIN CREAM, AND RECIPES, I KNOW YOU COULD COME UP WITH SOMETHING ELSE BETTER. THERE IS NOTHING FOR ME TO WATCH WHEN I TAKE A DAY OFF FROM WORK. PLEASE TRY… Read more »

Don’t forget the life insurance policies! But we have to remember their market. Also, check out who actually owns BOUNCE TV!

Please renew. I just love this show. Finally a family show that has humor and real life experiences.

My husband and I really enjoy this show! We watch on “Makeout Mondays” here at home in Atlanta, Georgia on channel 2.2 Bounce.

I just started watching In The Cut on BOUNCE I love this show please bring it back. Just finish season 4 me and my husband couldn’t stop watching FUNNY AS #ELL!!!!!!!

#Renewed This show is refreshing!

Though Smitty or Kenny should get their own spin offs…

There need to be more chemistry between Cheryl and Jay…

The show is wonderful for and Black sitcom and shouldnt be cancelled.

Yes! Show is garbage and horrible

Actually this is an awesome show.