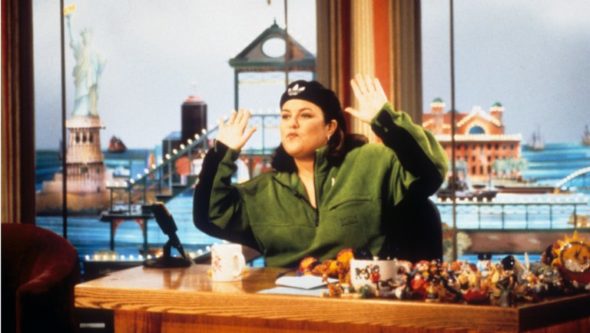 The Rosie O’Donnell Show is coming back for a one night only event on Sunday night. Rosie is trying to help the people impacted by the production shutdown hitting the entertainment industry. The fundraiser will air on Broadway.com and on their YouTube channel, per Deadline.

The special event will feature appearances by Matthew Broderick, Kristin Chenoweth, Darren Criss, Gloria Estefan, Billy Porter, and Morgan Freeman. Others might also appear. O’Donnell is working with Erich Bergen on the special. The musical director from her talk show, John McDaniel, is on board as well.

O’Donnell said the following about the event:

“Everybody who knows me knows that Broadway has been one of the brightest lights in my life since the time I was a little girl. It has also been the lifeblood of New York City for generation after generation. After all, Broadway has given to the world, now – in this time of tremendous need – it’s our turn to give something back. There is no better way to support this community than via The Actors Fund. And, with a line-up like this, I dare you not to tune in.”

What do you think? Will you tune in to watch the return of The Rosie O’Donnell Show?