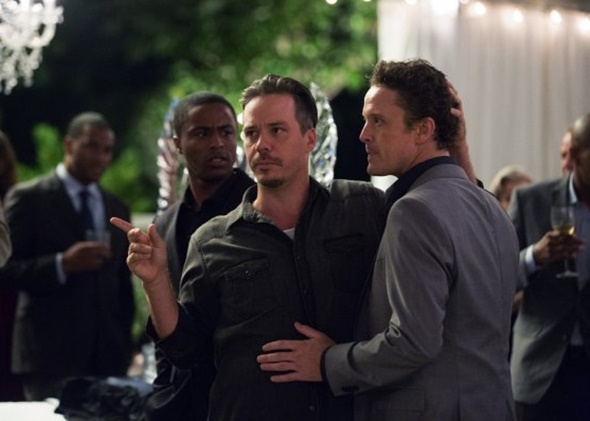 You idiots finally have a good suspenseful show and you’re not going to renew it??? Figures!

Love the show. I hope it is renewed. The acting is really good.

I love this show, leaves me sitting on the edge up until the end, please make a second two, there are so many shows I start to watch and they never come back
I LOVE this program

This is one of the best new shows I have seen yet! Please bring it back!!!!

This show is so intense and so well written! it definitely holds your attention and has you on the edge of your seat wanting to see more! Totally a fan of this show and hope that more viewers get on board to see what it is all about, Brilliantly written! The acting is superb!

This show is so addictive to any viewer !

Great show, please continue it. I agree with comment below about the confusing beginning, probably hurt it. It needs time for the complex plot to play out well. Please give that to it.

Really bad decision to show the Pilot on Tuesday (even though I understand why) and then the first show on Thursday.
I know many people who were looking for it and could not find it. I truly think that is why the ratings are low.

This show is so addictive. I’m drawn into each characters story and can’t wait to find out more. I can’t wait to watch a new episode each week. I hope the show gets a second season.

Please continue this series. IMO it was poorly advertised. I heard about it from a friend and can’t get enough of it. Give word of mouth a chance to promote it since the promotion dept. Didn’t do this series Justice.

The show is probably going to finish with ratings BELOW a 0.9 There is no way in the world that this show deserves a second season with ratings that bad.

Not fair! Please give it a second chance.

After 7 episodes, it has garnered a 0.78 with 3.78 million viewers. Found info on this site! And we still have Thurs. June 2nd & SUNDAY June 5th episodes to go!

This show WON’T finish the season with ratings above a 1.0 It may not finish above a 0.9 There is no way in heck this show deserves to see a second season. it is a disaster. if ratings are irrelevant to NBC, then they might as well fire all these “Geniuses” they have and hire some idiot savants to work there.