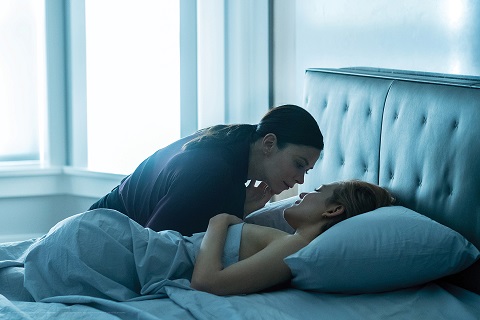 What’s in store for The Girlfriend Experience? Recently, executive producer Steven Soderbergh spoke with Deadline about the future of the Starz TV show.

It’s a core theme of, ‘Why don’t we focus more on what happens to the people around someone who is a GFE?’ It’s, ‘What’s the collateral effect of getting close to a person who does this for a living?’ That’s what they both did, and again, looking at the difference in how they just explored that single idea is such a clinic in what a filmmaker does, in what an independent filmmaker does. So that and airing the episodes as couplets, I think it’s going to bring things out of both Amy’s and Lodge’s episodes that I think might not be as rich if they were just airing on their own.”

Well, the idea’s that every two years, we find another duo of filmmakers. That was the sort of set-up from the beginning.”

Season two of The Girlfriend Experience premieres on Starz on November 5th at 9 p.m. ET/PT.

What do you think? Did you see season one of The Girlfriend Experience?

I look forward to Season 2 – Season 1 was very intriguing….