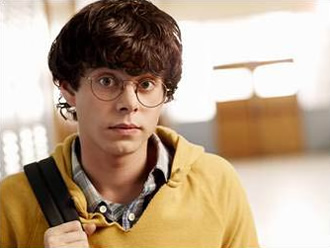 I would have been so bummed if they didnt make a season 2!!! so stoked you have no idea. Cant wait to see how everything plays out!

Please renew this show! It is one of my shows I look forward too every week.

The hard time is the best show ever

when is season two coming??

@jordan: That hasn’t been announced.

Gah season 2 needs to hurry up and get here

Thank god I don’t think I could live without another season!I LOVE THIS SHOW

I love this show and I can’t wait for season 2.
Lily was my favorite character and it sucks now that she died.
Bring her back in season 2!
:C

GLAD THAT THERES GUNNA BE A SEASON 2 BUT I JUST WATCHED THE FINAL EPISODE OF SEASON 1 AND I THINK THAT LILLY MURRAN DIED. SO…. CANT WAIT TO SEE WHAT HAPPENS.

this show is the best

Of course this show should be renewed!!!!!! I love it! It’s my favorite show by far! It would be wayy better if RJ and Jennie Swanson were together in the second season.

what kinda questions that? is it GOOD thing they are renewing it?? YESS!!! i love this showw:) its just aamzingggggg!!!:)

YESSSS!! I love this show!!