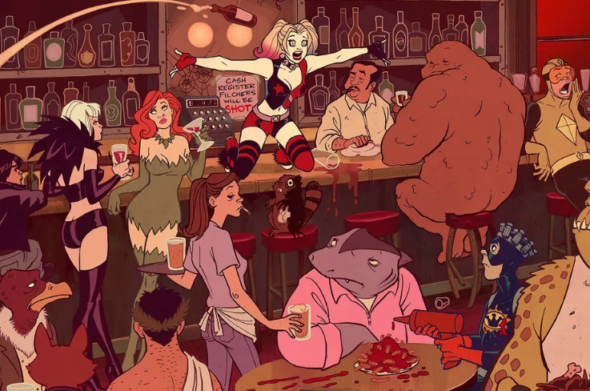 The animated series will follow “Harley Quinn, who finally has broken things off with the Joker once and for all and attempts to make it on her own as the criminal Queenpin of Gotham City.” The show is expected to feature many other DC Comics characters like Poison Ivy.

Justin Halpern, Patrick Schumacker, and Dean Lorey will executive produce Harley Quinn. DC has ordered 26 episodes of the series for their upcoming digital streaming service, which is slated to debut in 2018.

What do you think? Are you a fan of Harley Quinn? Will you check out the new animated series?

Already not interested in this show at all! If it had been live instead of a stupid cartoon, I would have been all in, so would a bunch of my friends! Live Harleys are MUCH better than fake cartoon ones.