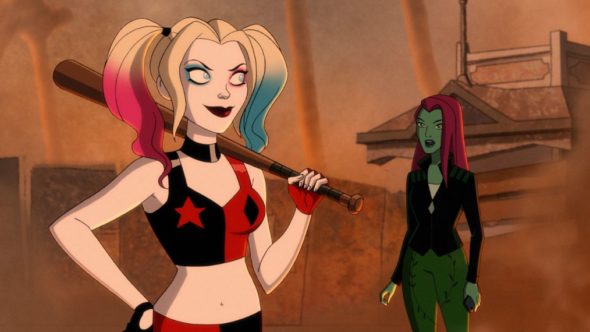 Harley Quinn is coming to SyFy. The first season of the DC Universe series will air late night Sundays during May. Season two just arrived on the streaming network earlier this month.

Syfy revealed more about the series arrival to the cable network in a press release. Check that out below.

“Welcome to the SYFY family, Harley Quinn! From DC Universe and Warner Bros. Animation, Season One of the critically acclaimed, half-hour adult animated comedy series HARLEY QUINN will begin an exclusive cable run on SYFY every Sunday night in May. Starring Kaley Cuoco as the voice of Harley Quinn, Season Two is currently streaming on DC Universe.

Breaking up is hard to do – just ask Harley! The DC fan-favorite has finally left her ex-boyfriend, the Joker, and is trying her damndest to join the Legion of Doom with the help – or hindrance – of a whole cast of not-so super villains from all corners of Gotham City.”

Check out a trailer promoting the arrival of Harley Quinn below.

What do you think? Will you check out this animated series on SyFy?

I love the Harley Quinn series. However I have been watching it on my phone because the Syfy network in the San Diego area is no longer airing the series. What’s up with that?

This show has a lot of extreme language and violence that I wouldn’t assume would be okay for Syfy. It wilkl probably be heavily censored.