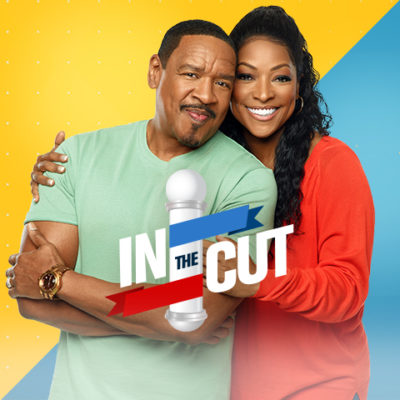 The comedy series centers on barbershop owner Jay “The Dream” Weaver (Dorien Wilson), who unknowingly fathered a child over 30 years ago. As an adult, his son Kenny (Ken Lawson) seeks him out. Now, they’re learning to live and work with each other in close quarters. The cast also includes Dorion Renaud, John Marshall Jones, Laura Hayes, Chastity Dotson, and Kalita Smith.

Season seven of In the Cut premieres on Bounce TV on August 26th at 9 p.m. ET. Meanwhile, fellow Bounce comedy Family Time returns with an eighth season sometime this October.

What do you think? Are you a fan of In the Cut and/or Family Time on Bounce TV? Will you watch the new seasons?

Why did Laura Hayes and John Marshall Jones leave In the Cut TV show???

I like in the cut, but what I didn’t like is how Mr. Curry was introduced into the new cast. Why is it that a black male character has to ALWAYS be getting out of jail to get back on their feet in a series. How come it can’t be positive, young BLK ppl watch these shows but yet white writers continue to project BLK characters in a negative light. I know BLK actors must make money and forget where they come from but we have to be consciously aware of the impact they have on the consumer. They have… Read more »

Because Mark Curry was known as Mr.cooper who was a retired NBA PLAYER /HIGHSCHOOL COACH AND TEACHER…he wanted a change

What ticks Me off, after portraying Us in a negative light Other Races actually believe that’s how We live, and behave. This defiles Who We really are and very disrespectful, however this is nothing knew throughout history, We have always depicted in negative, corrupt, derogatory, angry, uneducated, always begging or needing, poor, and any other way to continue to undermine Us.

Why did MS Laura and John Marshall Jones leave the show?

Don’t care too much right now for “Family Time”. Acting doesn’t appear too good. Seasoned actors in “In The Cut”! That’s what I look forward to, but the show hasn’t been on for a few weeks!