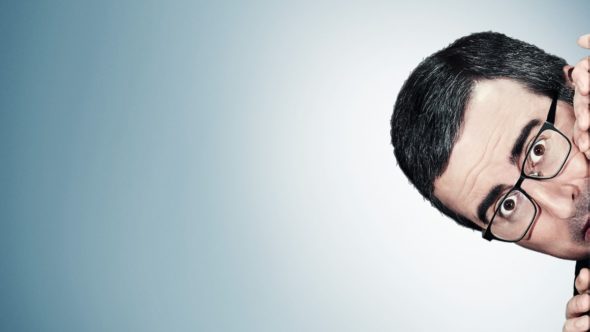 Last Week Tonight with John Oliver is coming back with a season in February! The season is the series’ seventh, and its return is no shock. The series took home four Emmy Awards, and it has been nominated for 16 since its premiere in 2014.

HBO revealed more about the return of the series in a press release. Check that out below.

“Presenting a satirical look at the week in news, politics and current events, as well as shining a light on issues big and small as the U.S. heads toward a pivotal 2020 Presidential Election, the Emmy(R)-winning LAST WEEK TONIGHT WITH JOHN OLIVER begins its seventh season SUNDAY, FEB. 16 (11:00-11:30 p.m. ET/PT), exclusively on HBO.

LAST WEEK TONIGHT WITH JOHN OLIVER is the only weekly news-oriented comedy series to be presented on Sunday night. Taped in New York a few hours before it debuts on HBO, the show features Oliver’s topical commentary.”

What do you think? Are you a fan of this series? Will you watch the new season in February?

This show should NEVER END! Whoever’s in charge has to see to it that social injustice, unfair excessive penalties, and vindictive abhorant behavior by our elected officials is no longer acceptable. Humanity’s least fortunate are the ones that suffer most. This must change! John, your show Last Week Tonight is such a voice for those who are voiceless. We are in dire need of more such voices. I salute you. Please don’t stop!! Thoughts from a Canadian.

I am curious about the John Oliver show. The last one listed is from November. Did HBO Now cancel the show? Is that why there are no new episodes?

I look forward to the return of John Oliver. It seems I learn more from John Oliver on important issues than I learn from the multitude of talking heads on cable ( with the exception of Rachel Maddow, who is also exceptionally bright). Given the frightening future of democracy as well as the news ignoring many topics that John Oliver has addressed over the years, John’s fact finding on overlooked topics is educational and so very refreshing.