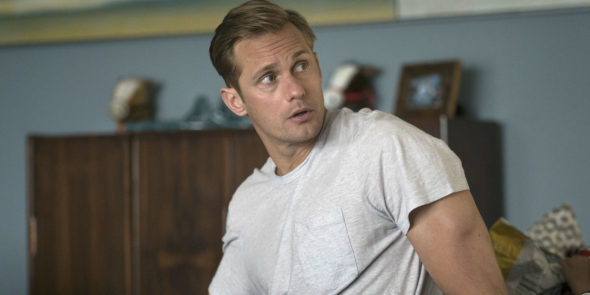 Alexander Skarsgard is coming to AMC. Recently, the network announced the Big Little Lies star has been cast in their upcoming TV show The Little Drummer Girl.

Based on the novel by John le Carré, the mini-series follows Charlie (Florence Pugh), a young actress who strikes up an unexpected relationship with an Israeli spy (Skarsgard).

Production on The Little Drummer Girl is slated to begin in early 2018. AMC has not yet announced a premiere date.

In “The Little Drummer Girl” brilliant young actress Charlie (Pugh) strikes up an acquaintance with an intriguing stranger while on holiday in Greece, but it rapidly becomes apparent that his intentions are far from romantic. The man is Becker (Skarsgård), an Israeli intelligence officer, who entangles her in a complex and high stakes plot which unfolds as she takes on the role of a lifetime in the ‘theatre of the real’. Set in the late 1970s, yet sharply contemporary, “The Little Drummer Girl” weaves a dynamic and exciting story of espionage and international intrigue; of love and betrayal.

Simon and Stephen Cornwell, Co-CEOs and Founders of The Ink Factory said: “The level of expertise and creativity behind this series is unmatched, and we are excited to be gathering a cast of incredible talent to inhabit the brilliant world le Carré has created. Alexander Skarsgård is a captivating actor with great depth and we are delighted to have him join the project.”

Park Chan-wook added: “To play an enigmatic man who hides his true feelings deep inside, I couldn’t think of a more fitting actor. I believe Skarsgård’s growing depth as a great character actor and his soaring energy will elevate “The Little Drummer Girl” to a higher place.”

The series will be financed and produced by The Ink Factory in partnership with 127 Wall and co-producers the BBC and AMC. Laura Hastings-Smith (“Howards End”, Macbeth and Hunger) will work as Producer with Simon and Stephen Cornwell serving as Executive Producers alongside John le Carré, Mona Qureshi for the BBC, Joe Tsai and Arthur Wang for 127 Wall, and Wonjo Jeong.”

What do you think? Have you read The Little Drummer Girl? Will you watch the AMC series?

If you haven’t seen the incredible movie Little Drummer Girl (1884) made from this book, find it and see it, it’s amazing. Diane Keaton stars with an incredible cast.