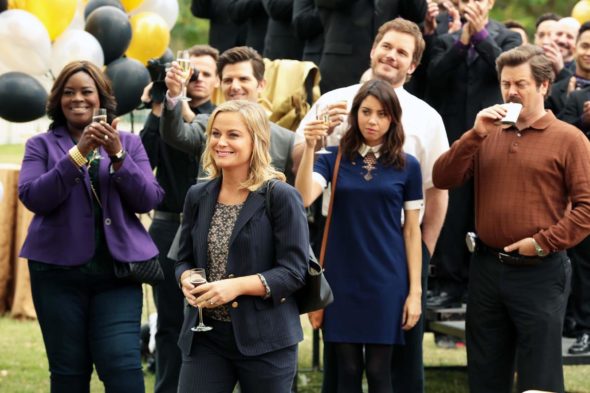 Is Parks and Recreation coming back? The cast of the NBC TV show recently discussed the possibility of a revival, Variety reports.

This week, the cast of Parks and Recreation reunited in honor of the NBC series’ 10th anniversary. During the panel, co-creator Michael Schur said he’s open to a revival:

I think that in the world we live in now, nothing is ever gone. I felt the show had an argument to make, and the argument was about teamwork and friendship. I don’t feel like we left anything on the table. I would never ever say never. The chance to do it again, should it arise, would be incredible, but we would only do it if we all felt like there was something compelling us to do it. If one single person said no, we wouldn’t do it.”

And what about the cast? Are they up for it? Both Amy Poehler and Nick Offerman said they’re game if a new, original idea arises. From Poehler:

Mike Schur is currently working on about five shows. Whenever Mike is ready, I’ll put on my suit again for sure.”

What do you think? Are you a fan of Parks and Recreation? Would you watch a revival?

Please, please, please! 🙂 I can’t even tell you how many times I’ve rewatched Parks and Rec!! I love it! And the cast is perfect! <3