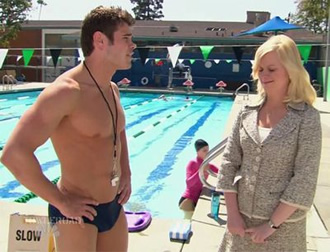 The show had a slow start but I stuck with it and now the writing seems better. I thought of a wonderful story line; a wealthy, excentric cat lover leaves the city a huge endowment, but the stipulation is that the money must go to build a cat park where cats can come socialize. The park has to have a great big statue of the ladies favorite cat. The possibilites are endless.

parks and recreations is my new all time favorite show. Anyone who doesnt like it has never really watched it. Its the only show thats ever made me laugh out loud multiple times every episode! Watch the greg pikattus episode or the stakeout. Theyre the best (and im not a total loser..i only know the titles of the episodes cuz we watch it on netflix)