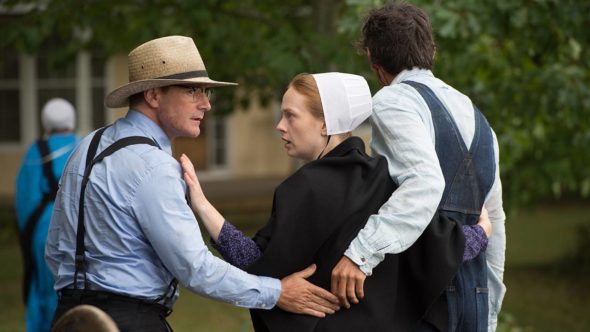 “Your sin was great and so is your penance.” WGN America just released the premiere date, new key art, and a new trailer for season two of Pure. 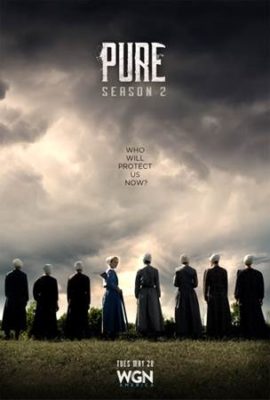 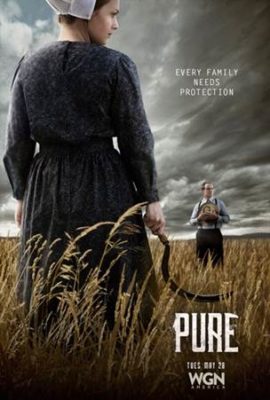 Los Angeles, CA (February 28, 2019) – WGN America is excited to announce that the dramatic saga of Noah Funk’s double life will return on Tuesday, May 28 at 10/9c. The network has also unveiled key art and a thrilling teaser trailer for season two of the series. The sophomore season of Mennonite drug drama, “Pure,” stars Ryan Robbins (“Arrow,” “The Killing”) and Alex Paxton-Beesley (“The Strain,” “Murdoch Mysteries”), with Alyson Hannigan (“How I Met Your Mother,” American Pie, “Buffy the Vampire Slayer”) joining the cast as a recurring guest star.

Season two picks up with Anna Funk (Paxton-Beesley) going it alone after Noah (Robbins) disappeared for a year.  In an attempt to shield her children from the family’s involvement with the drug cartel, Anna finds herself in the very center of the drug ring she and Noah attempted to take down.

The series takes us deep inside a closed, secretive subculture through the eyes of a conflicted, good-hearted man trying to protect his family and preserve his faith.  Inspired by true events, “Pure” is the journey of Noah Funk, a newly elected Mennonite pastor, who is determined to rid his community of the scourge of drugs and its nefarious ties to a trans-border smuggling alliance with ruthless Mexican cocaine cartels.  Just when he thinks he’s won, Noah and his wife Anna are thrust headlong into a desperate world of violence, greed, and betrayal.

“Pure” is produced by Two East Productions and Cineflix in association with WGN America, Super Channel, Hulu and the CBC.  The series is created by Michael Amo (“The Listener”) with Amo and director Ken Girotti (“Orphan Black,” “Vikings”) serving as executive producers for the second season, along with Brett Burlock, Peter Emerson and David MacLeod (“Call Me Fitz,” “Haven”). Cineflix Rights has the exclusive worldwide distribution rights to “Pure.”

Came across this show by accident and was addicted immediately! Can’t wait for season 2