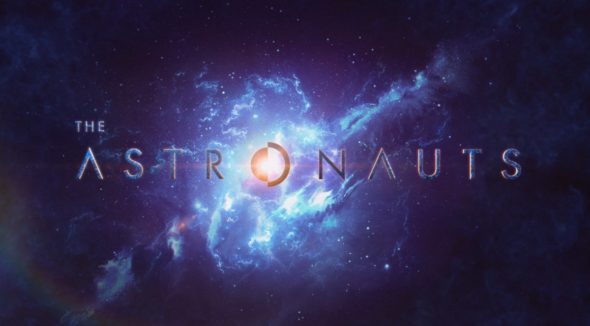 The Astronauts is coming soon to Nickelodeon. The cable channel has set a premiere date for the new live-action adventure series. Star Trek: The Next Generation’s Jonathan Frakes will direct episodes of the series which follows a group of kids that sneak onboard their parents’ spacecraft. Once they’re inside, the spacecraft launches them into space.

“Nickelodeon enters orbit for an epic hour-long premiere event of The Astronauts, the network’s first co-production with Imagine Kids+Family. The brand-new live-action series follows a group of kids who embark on the adventure of a lifetime when they are mistakenly launched into space. The Astronauts is executive produced by Imagine Entertainment Executive Chairmen Brian Grazer and Ron Howard, and Imagine Kids+Family President Stephanie Sperber. The series is created by Daniel Knauf (Carnivàle, The Blacklist), who also serves as writer and executive producer. The first two episodes of The Astronauts premiere back-to-back on Friday, Nov. 13, at 7 p.m. (ET/PT) on Nickelodeon.

In the hour-long premiere of The Astronauts, the spacecraft Odyssey II is set to launch on a mission to retrieve a foreign object that could potentially save mankind. The plan quickly goes awry when five untrained kids use their parents’ security clearances to sneak onto the empty ship. Soon after they board, the onboard AI system triggers the launch sequence. Unable to stop the ship from blasting off, the kids must assume their new role as astronauts and brave harrowing tasks, as their parents rush to find a way to take control of the situation.

The group traveling together through space are: Samantha “Samy” Sawyer-Wei, played by Miya Cech (Are You Afraid of the Dark?, Always Be My Maybe); Elliott Combs, played by Bryce Gheisar (Wonder, A Dog’s Purpose); Martin Taylor, played by Keith L. Williams (Good Boys, The Last Man on Earth); Doria Taylor, played by Kayden Grace Swan (A Black Lady Sketch Show); and Will Rivers, played by Ben Daon (Child’s Play). Matilda, the ship’s onboard AI system, is voiced by Paige Howard (The Employer, Adventureland).

The premiere episodes of The Astronauts are directed by DGA Award nominee Dean Israelite (Are You Afraid of the Dark?, Power Rangers movie, Project Almanac), who also serves as executive producer. The series is also directed by Jonathan Frakes (Star Trek: Discovery, Star Trek: Picard, The Orville), and Marcus Stokes (Criminal Minds, The Flash, 911). Will Davis served as creative executive for Imagine Kids+Family.

The Astronauts is the first production to hail from Imagine Kids+Family. Imagine has a rich history telling stories rooted in space adventure, including the multiple Academy Award-winning film Apollo 13 (celebrating its 25th anniversary this year), the hybrid docuseries Mars for NatGeo, and the Emmy Award-winning series From The Earth To The Moon for HBO.”

Check out a trailer and a behind the scenes video for the new series below.

What do you think? Will you watch The Astronauts TV series on Nickelodeon once it takes off?

Hell Yes! I will watch The Astronauts when it finally debuts.