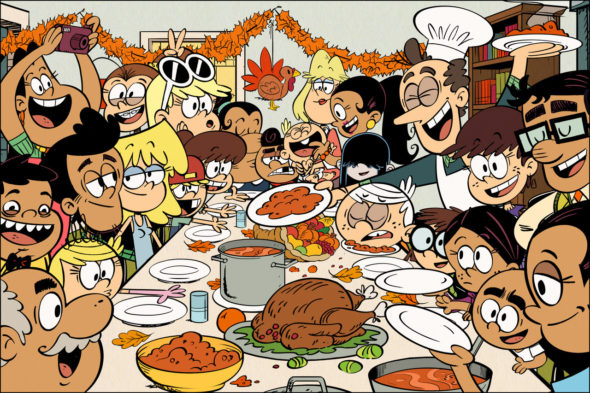 The Loud House is moving from animation to live-action for a Nickelodeon holiday movie.  Production begins next month in Atlanta on The Loud House: A Very Loud Christmas!. Only two roles have been cast so far with Wolfgang Schaeffer tapped to play 11-year-old Lincoln Loud and Jahzir Bruno as Clyde McBride, Lincoln’s best friend.

The Loud House premiered in May 2016, and it has already been renewed for a sixth season on the cable channel. The animated series follows the life of Lincoln Loud, a boy with 10 sisters.

Nickelodeon revealed more about the holiday film in a press release.

“Nickelodeon is set to begin production this April on The Loud House: A Very Loud Christmas! (working title), an original live-action holiday TV movie based on the Emmy Award-winning animated series, The Loud House. Casting is currently underway, with Wolfgang Schaeffer (Criminal Minds) tapped to play 11-year-old Lincoln Loud and Jahzir Bruno (The Witches) as Clyde McBride, Lincoln’s best friend. Additional casting news will be announced soon. The feature-length TV movie will film in Atlanta, with a premiere slated for November on Nickelodeon.

In The Loud House: A Very Loud Christmas!, Lincoln is gearing up for the ultimate Christmas, until he finds out that most of his sisters have plans to be elsewhere for the big day. Determined to remind his family that they all need to be together, Lincoln and his best friend Clyde embark on a mission to preserve the family’s holiday traditions.

The live-action TV movie is written by Liz Maccie (Make It or Break It) and directed by Jonathan Judge (All That, Punky Brewster, The Thundermans), who also serves as executive producer. Michael Rubiner (The Loud House) and Matt Bierman (Christmas with the Darlings) serve as executive producers. Darlene Caamaño Loquet, Senior Vice President of Nickelodeon Movies, serves as producer. Production of The Loud House: A Very Loud Christmas! for Nickelodeon is overseen by Shauna Phelan, Senior Vice President, Live-Action Scripted Content, and Zack Olin, Senior Vice President, Live Action.”

What do you think? Are you a fan of The Loud House series on Nickelodeon? Do you plan to watch the holiday movie this Christmas?