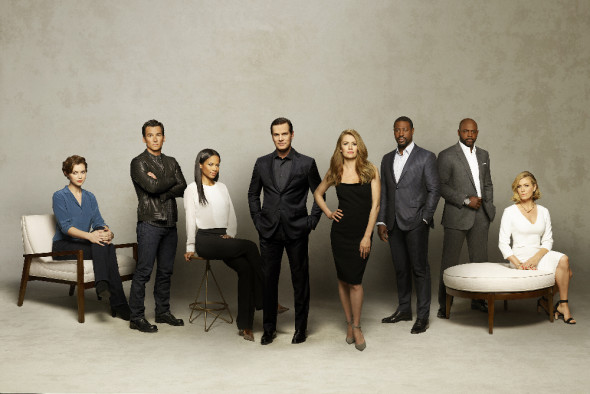 I absolutely love this show. Please never cancel it.

A MUST renew. The chemistry of the two mains is palpable! Fantastic….. If theres anything holy we need this show renewed. Please oh please.

Great show! Twists and turns keep us guessing every week. Acting is pretty good and the characters are terrific! Best new show my husband and I have seen in a long time!

Love the show! It’s classy and witty, my new fave!

The Catch should be renewed.

Love the show and main characters, reminiscent of Thomas Crown Affair-like relationship! Please renew for next season! For Sally Emerich: the artist is Maria Kreyn.

Where is the Reggie character being????? I hope he is not written out of the show.

Please keep this show it is very interesting to see how they act together after what he did to her, can’t imagine how all this will end up.

I enjoyed the show, but am going crazy because I failed to get the name of the artist who painted the oil ” Ben ” left….the one of the woman facing front, with her lover nuzzled into her neck..? Can someone help?

I bought one of the paintings (the main one) at an auction!

This show is thoroughly enjoyable. I look forward to watching the next episodes. Give it a chance.

I really liked it. Hope it can keep it up, or develop a viewership before it gets yanked. Yup, I’m cynical about network TV and their nee to please only the young demographics.

I happened to Catch this show last night on ABC and I don’t know if I am 100% on board. Great cast and big fan of Peter Krause (six feet under and parenthood). but this show is too predictable and doesn’t give the audience a chance to figure anything out. Not a big fan of the multiple screens this was done already in 24. If this show is going to remain in the 10Pm time slot and you want to succeed then don’t under estimate your audience by dumming things down. Keep the door open so we want to see… Read more »

LOVED “The Catch” !!! Looking forward to the next episode !!

Loved it, too. I originally taped it because I like the 2 main actors… but the show was great.