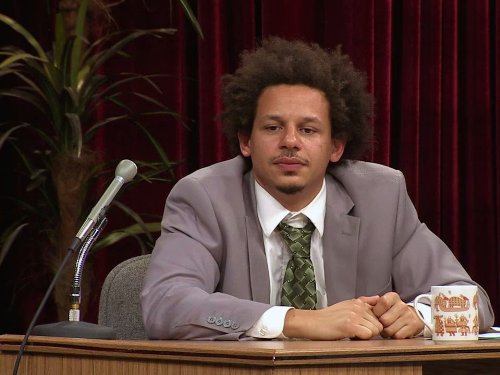 The Eric Andre Show is not going anywhere. The Adult Swim sketch-comedy series has been renewed for a sixth season which will arrive in 2023. Viewers will see Natasha Lyonne, Jaleel White, Blac Chyna, Jon Hamm, and Raven-Symoné and more appear on the series as guests.

Adult Swim revealed more about the renewal of the series in a press release.

“Let’s face facts: The Eric Andre Show is back and more devilish than ever. Adult Swim, the leader in adult animation and #1 destination for young adults, announced today a season six pickup of the popular anti-late-night talk show hosted by comedian Eric Andre.

“Expect more deranged pranks, fire, and chaos in Season 666 with a jam-packed schedule of celebrities I can’t believe agreed to this,” said Andre.

Season 666 of The Eric Andre Show is the leanest and meanest yet, ushering viewers both old and new into a fresh era of radical deconstruction and self-examination. Eric is no longer bloated and bald, but ripped, oiled up, tanned and ponytailed. The street bits have never gone harder, the in-studio interviews will leave celebrities contemplating their relationship with their publicists.

Originally premiering on Adult Swim in 2012, The Eric Andre Show takes place on a dingy public-access TV channel within an alternate reality, featuring an unpredictable mix of actual celebrities, “fake” celebrities and extreme real-life weirdos. These interviews are broken up with deranged man-on-the-street segments, surreal flashes of inexplicable studio chaos, talk show desk-pieces and the general deconstruction of late night’s most beloved trope.

The latest season of The Eric Andre Show arrives on the heels of Andre’s hidden-camera prank comedy feature Bad Trip and a recurring role in the HBO original series The Righteous Gemstones.

A premiere date for season six of The Eric Andre Show will be announced later.

What do you think? Are you excited about the renewal of this Adult Swim series?